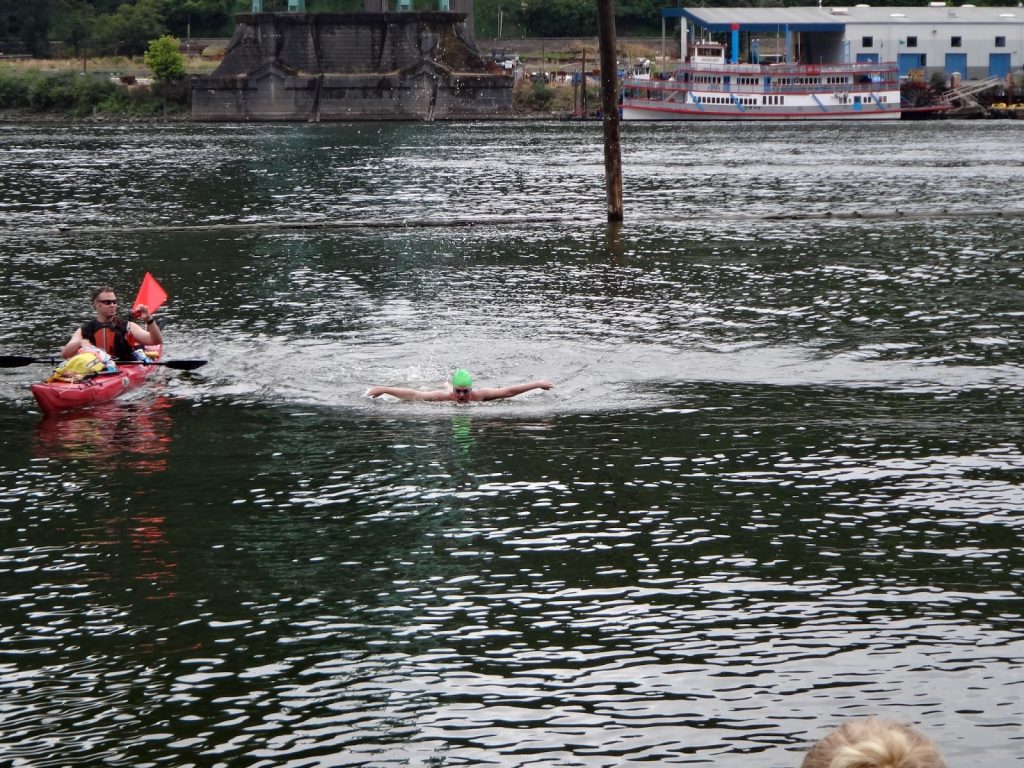 The race is renowned as the downstream course passes under all 11 of Portland’s bridges.

The swim starts in the scenic Sellwood and Ross Island sections of the river populated with herons, osprey and bald eagles. Through the downtown section, bridges are closely spaced and urge the swimmer onward through the heart of the city.

The second half of the course contains the last 3 bridges, making for a physical and mental challenge. The swim terminates in Cathedral Park during the Cathedral Park Jazz Festival, the longest-running free jazz festival in the west. 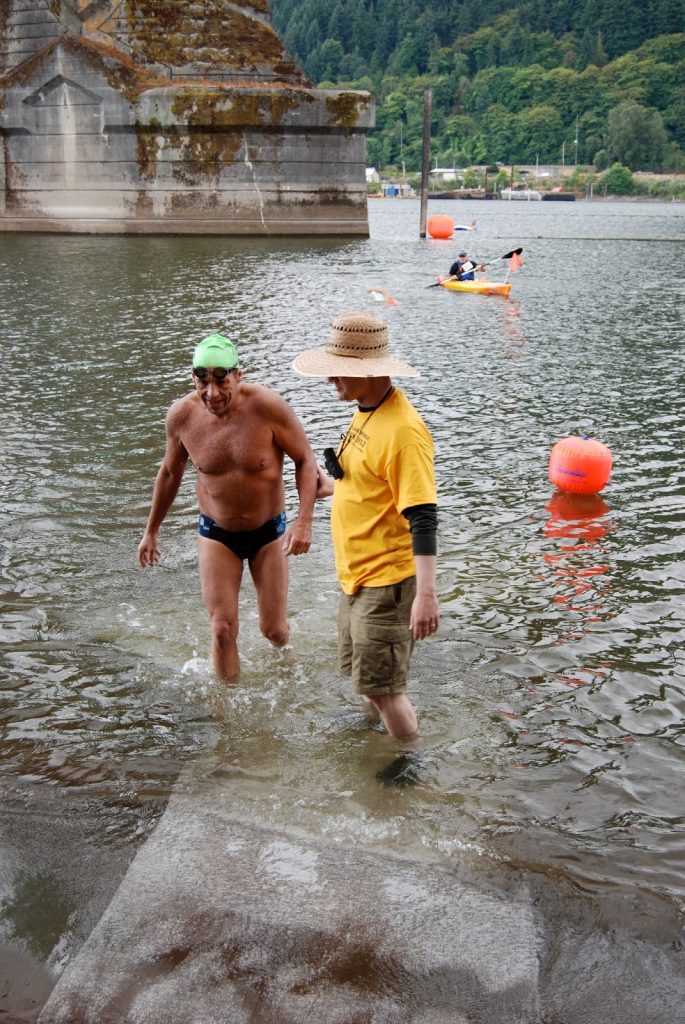 The race starts at 7:30 am with wave starts under the Sellwood Bridge and will end by 3:30 pm under the beautiful St. Johns Bridge. Swimmers are required to complete a qualifying swim for entry, and must have an escort kayaker while on the course. Due to limited river access along the course, relays may only consist of 3-person teams swimming set 3-, 3- and 4-mile legs. Entries are limited to 80 solo swimmers and relays. Proceeds will benefit Willamette Riverkeeper and the Tualatin Hills Barracudas.

2013 entrants will enjoy two advantages over races in previous years. Swimmers will have the most favorable tides with high tide at 5:52 am and low tide just before the end of the race, at 2:52 pm. Additionally, they will be swimming a slightly shorter course after the Sellwood Bridge (which serves as the starting line) was moved 33 feet closer.