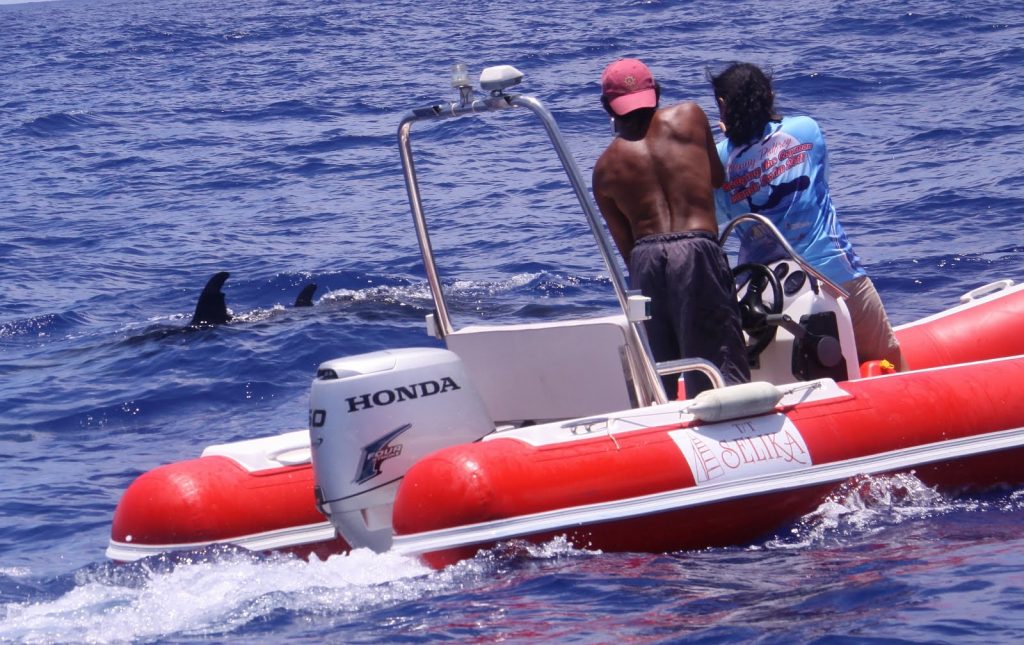 With the firestorm caused by media reports about Penny Palfrey’s 68-mile swim from Little Cayman to Grand Cayman, witnessed in its entirety by The Daily News of Open Water Swimming, the organizer of the swim made a public statement on the controversy.

As organizers of Penny Palfrey’s Bridging the Cayman Islands swim, the Flowers Group launched an investigation into the reports and rumors that sharks were killed during this endeavor.

We have reached out to various Government agencies and members of both the local and international crew.

The findings were that The Cayman Islands Department of Tourism contacted the individual named in the original report, Charles Ebanks, who confirmed that he did not kill any sharks during the historic Bridging swim and states that reports to the contrary are inaccurate. He stated that he “hooked the sharks and lead them away”, he further added, “I was there, I did not kill any sharks. They are assuming I did something which is not true and you can quote me on this.”

Charles stated that the boat captain from the boat asked him what he did with the sharks and he replied, “I got rid of them.” He said he thinks this could have been taken to mean that they were killed.

Based on Charles’ account, various members of the Bridge crew were conferred with, and corroborated this description. Images have also been reviewed from various individuals who were on the boats. From these findings, there is no evidence to suggest that any sharks were killed.

It is unfortunate that these reports caused such a firestorm of controversy. It is hoped that this puts this matter to rest and allows Penny much deserved accolades for this historic achievement.

Note: The Daily News of Open Water Swimming visited the Cayman Islands four times to help organize and plan for this swim. Over the course of eight months, The Daily News of Open Water Swimming met with or exchanged number with at least 80 individuals from the islands of Grand Cayman, Little Cayman and Cayman Brac. These individuals work for the government, including local authorities from the Department of Environment, police and maritime specialists. Local researchers, local shark experts, fishermen, divers, boaters and open water swimmers were also consulted. A number of local sponsors donated significant resources to these efforts. Their common goal was not only to help Penny achieve her personal goal, but also to raise money for a variety of local causes including Meals on Wheels and, especially, to give inspiration to local young swimmers.

Photo courtesy of Image by Spike shows Charles EBanks and a media representative on Zodiac in the presence of marine life during the Bridging The Cayman Islands.