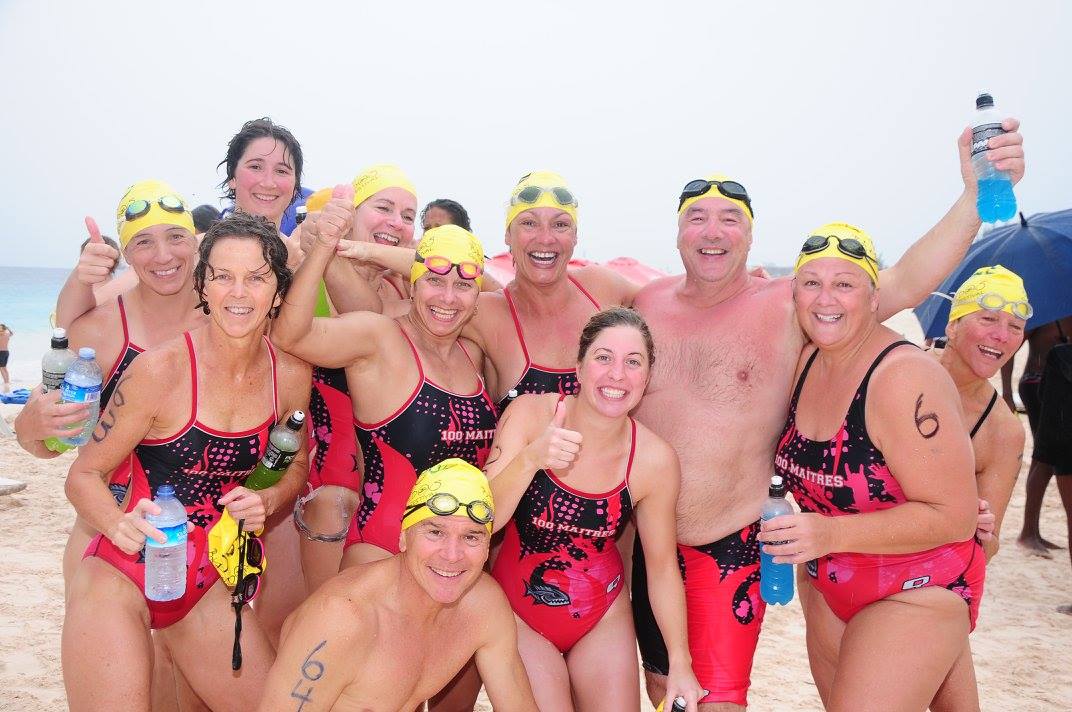 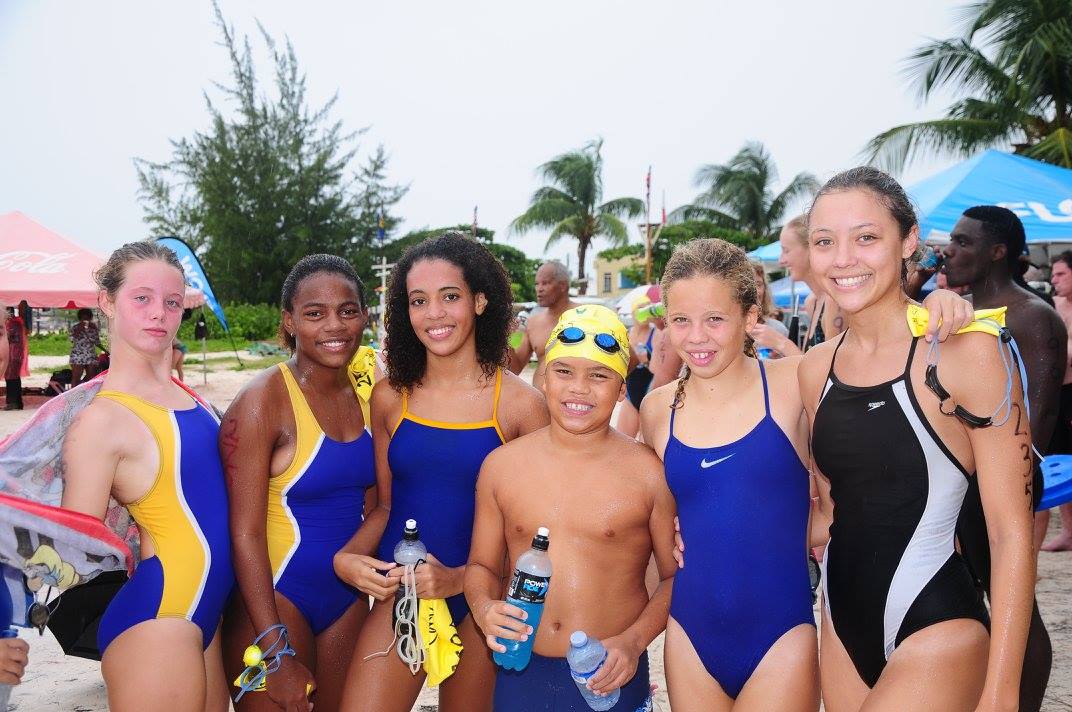 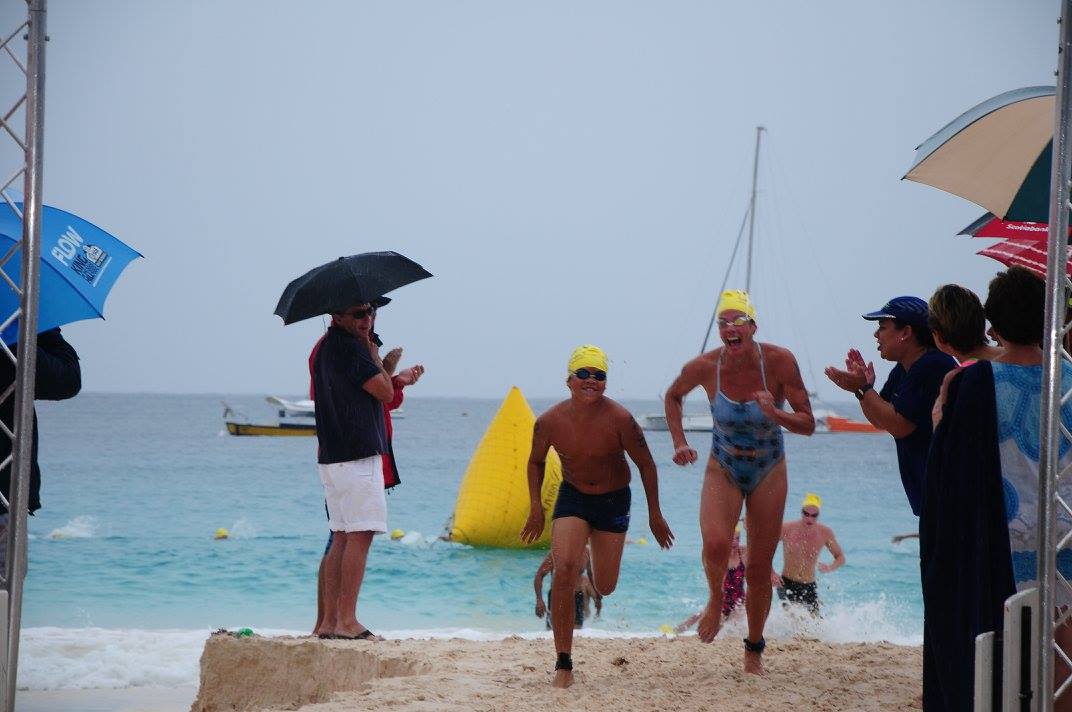 After hours of heavy rainfall, the flooded roads around Barbados led to the stopping of public transport.

But with the 5th Barbados Open Water Festival scheduled to start, a number of visiting swimmers decided to walk to the Carlisle Bay. Swimmers from 12 countries competed in the 1.5 km, 5 km and 10 km races in Bridgetown’s Carlisle Bay, a beautiful natural harbour and marine park with a picturesque crescent-shaped bay bordered by a long white sand beach.

The foreign visitors traveled as far away as Australia, Sweden and Israel. Hundreds of swimmers arrived several days ahead of the races to take part in guided practice swims at the venue and other open water swim locations around the island.

When word got out to the organizers about what the visitors were doing, the 1.5 km race was delayed for 25 minutes to enable everyone, including the local medical team, to arrive.

Americans Alex Meyer and Eney Jones graciously took advantage of the local hospitality and ended up leading the field to win the shorter event. Meyer and Jones have both previously won the 5 km race. Jones wrote, “It is an incredible event. This little tiny island in the middle of the sea means so very much to me.”

Jones was competing against two 23-year-old Olympians in the 1.5 km race: Lani Cabrera of Barbados and Tera Van Beilen of Canada. Cabrera was second while Van Beilen won the 10 km relay with her three-member team. British paralympian Benjamin Proctor who has medaled at the 2009 European Championships and 2012 Rio Paralympic Games in the S14 classification was impressive in his debut in Barbados, finishing second to Meyer in both the 1.5 km and 5 km races.

Nkosi Dunwoody from Barbados finished third in the 1.5 km and 5 km, local Rebecca Lashley took second in the 5 km, and Ashley Weekes claimed third behind Cabrera in the 1.5 km. Rick Peters finished 9th overall in the 5 km to win the Jonathan Morgan Memorial Trophy which is awarded to the highest placed local masters swimmer in the 5 km.

15-year-old Canadian Taylor Parker was another overseas visitor. He won the 10 km marathon swim on his third visit to the Festival with his family. He swam to a fifth place finish in the 1.5 km race the day before. Parker was the youngest competitor in a field of 28 competitors and swam his first 10 km race. The women’s 10 km marathon was easily won by retired professional American triathlete Alison Hayden. Hayden recently won the 9.2-mile Swim for the Alligator Light race on September 17th in the Florida Keys to start her own streak of victories.

Behind Parker was Andrew Kirby, President of the Barbados Amateur Swimming Association, in second in the 10 km.