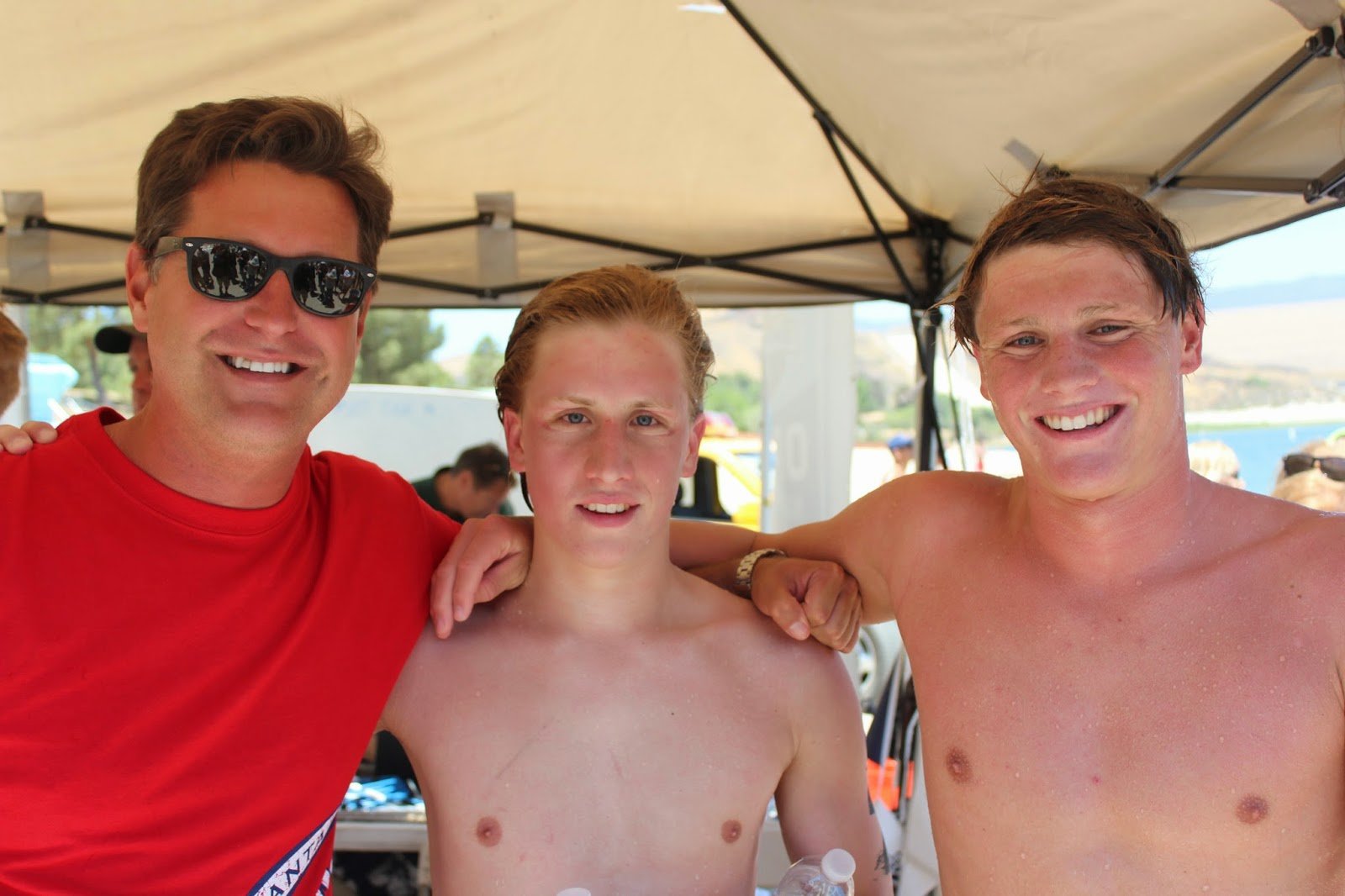 Together with his coach Dave Kelsheimer and teammate Brendan Casey, the boys from Team Santa Monica were well-prepared to swim well in Castaic Lake this morning.

When Wilimovsky had to zig, he zigged. When he had to zag, he zagged. When he had to move into a better position within the lead pack, he made quick decisions and made his moves. When he had to speed up, he had the resources. When it was prudent to slow down, he had no qualms doing so. His navigational IQ and situational awareness are arguably second to none.

One of his many moves came on the second-to-last lap when he pulled a cross-over move. Shown in the video below, Wilimovsky is wearing a pink cap as he moves from the outside right of the pack to the inside. It was a critical move that enable him to stay drafting behind the leaders. Ultimately, his tactics and stamina enabled him to finish second and qualify to represent the United States at the 2014 Pan Pacific Swimming Championships.