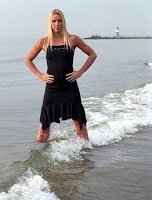 Britta has the presence of mind and a strong character that she demonstrated throughout her remarkable career to be of great help to the Athletes Commission. As a recent inductee in the International Marathon Swimming Hall of Fame, she has been both a popular, feared and respected figure on the open water swimming circuit for some time, but she is now working towards becoming a judge in Germany, a career that requires intelligence, astute judgment, strength of character and diligence – the same characteristics that she used to win professional marathon swims and world championship races.

Britta 25 different FINA World Cup races since 1997 and was victorious in several European and world championship races at 10K and 25K distances.