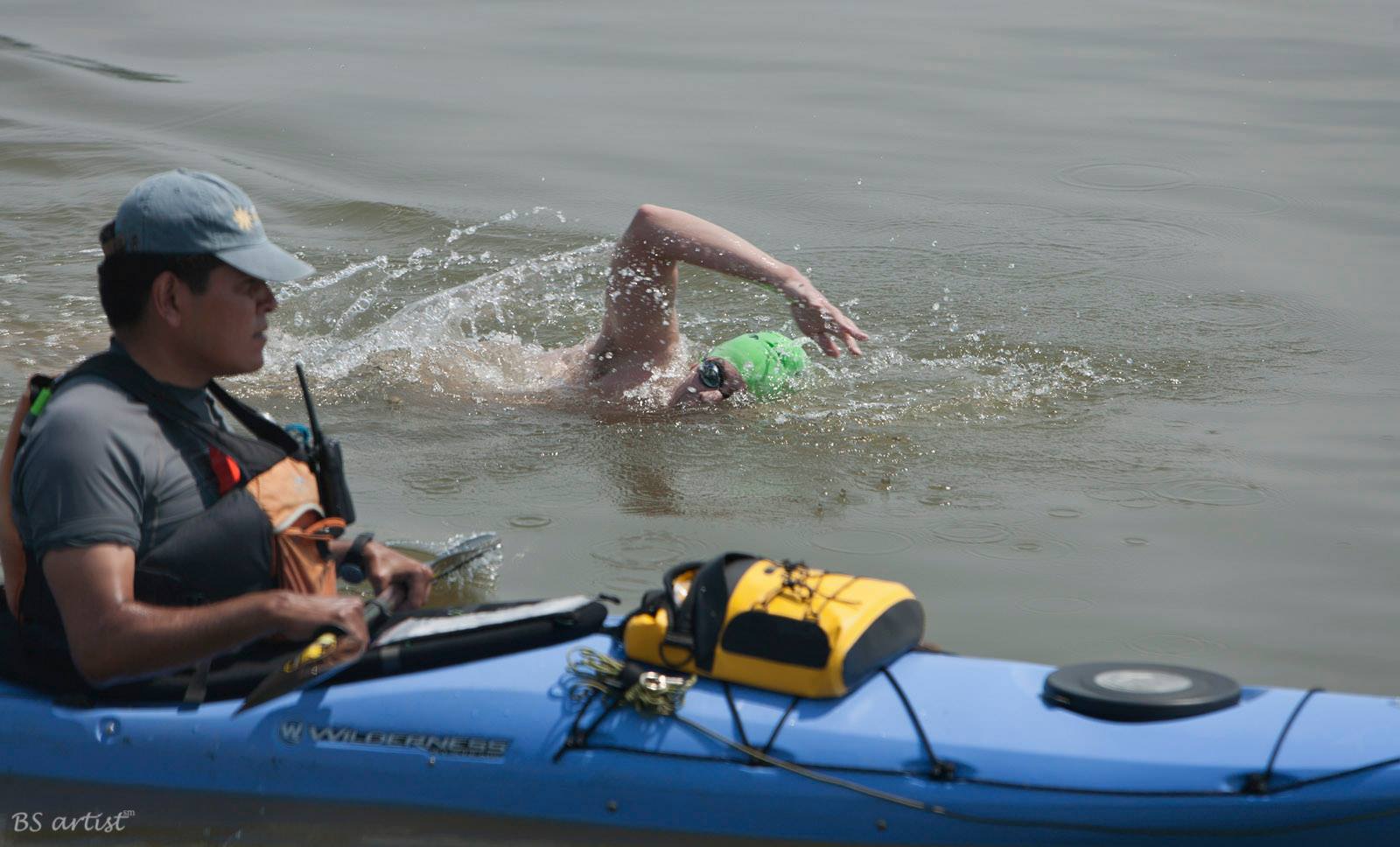 32-year-old John Royer and his younger brother Mark Royer will attempt a Molokai Channel relay tonight as their window is rapidly closing due to an incoming weather pattern.

John grew up near Annapolis Maryland and currently lives in Washington, DC. He first learned to swim on a community swim team and later took up masters swimming as a Ph.D. candidate at the University of Chicago.

He now works as a physicist at the National Institute of Standards and Technology and recently completed the Manhattan Island Marathon Swim on Aug. 1. He has been snorkeling, diving and surfing in Hawaii on a number of family vacations and has been looking forward to attempting a relay channel crossing with his brother ever since Mark moved out to Hawaii for graduate school.

26-year-old Mark swam competitively throughout his youth. During college he majored in Marine Biology at the University of North Carolina Wilmington and joined the triathlon club to compete in the Ironman at the age of 19.

Mark spends much of his free time swimming in open water, surfing, free diving or photographing marine life. He now lives in Kaneohe Bay on Oahu while pursuing his Ph.D. at the Hawaii Institute of Marine Biology. He has spent the last four years tagging, photographing and studying a variety of sharks around the Hawaiian Islands, including large tiger sharks and the endangered scalloped hammerhead.