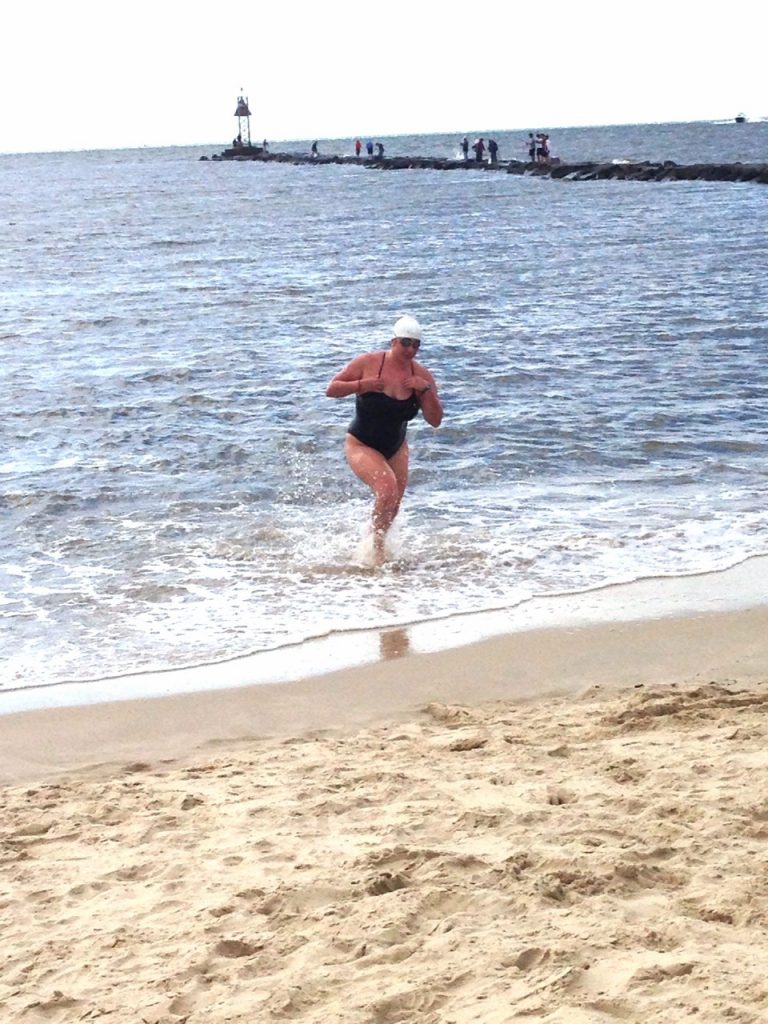 The conditions were pretty tough – as expected.

Race director Jason Malick explains the term ‘Swim Interrupted’ in the official results, “Swim Interrupted means that the rips (5-6 foot waves) were too dangerous to navigate the boats and swimmers. We did not want to put any swimmers/kayakers into those conditions as they were getting rougher as the afternoon progressed.

The rips are where the Delaware Bay and the Atlantic Ocean meet
.”

The official results of the event are below. Californian Grace van der Byl, fresh off of her 4-day Night Train Swimmers relay, looked fresh and dominated the field with a 45-minute victory: