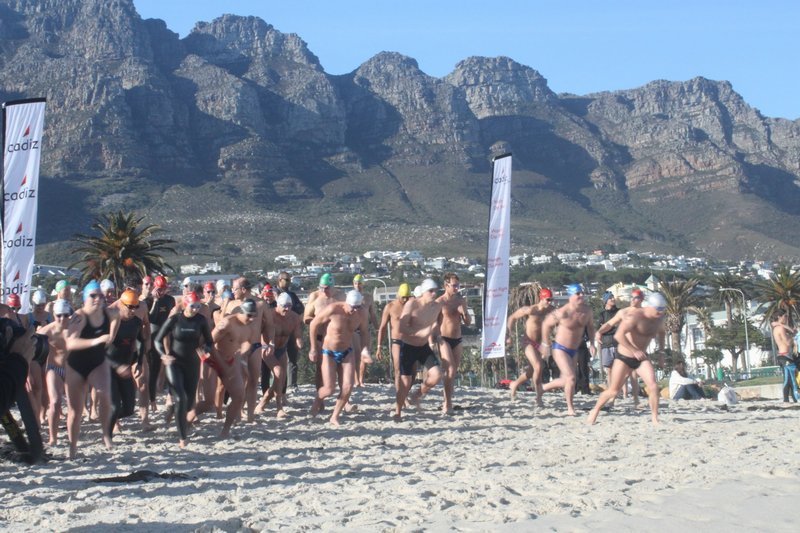 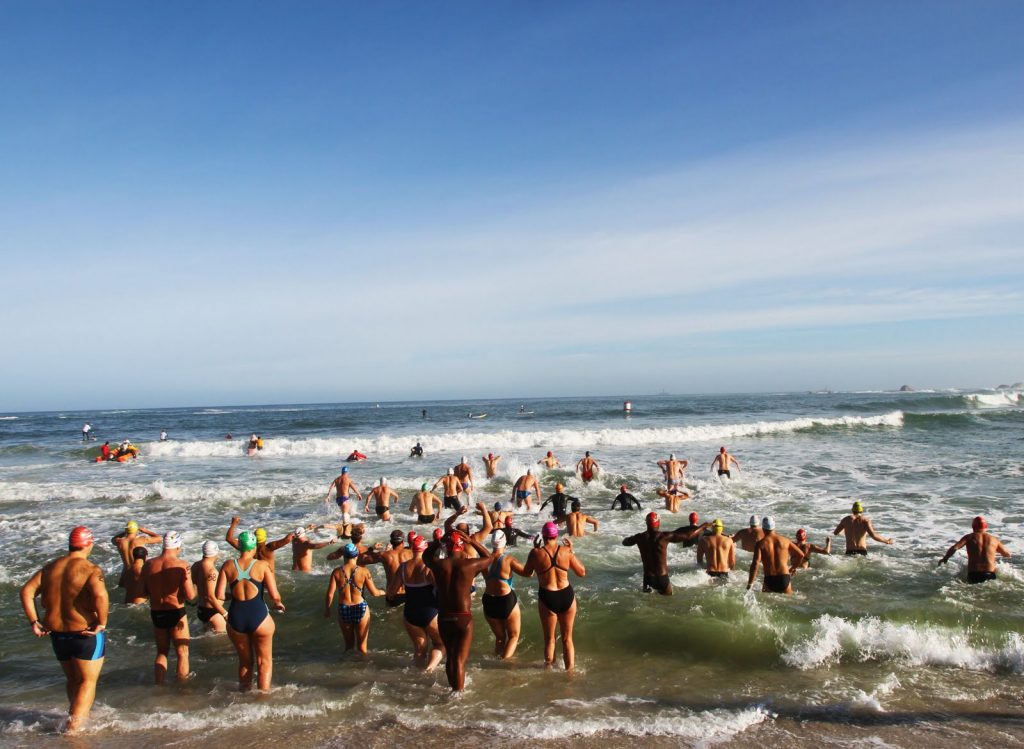 The Cadiz Youth Day Swim offered a one and two-mile course as part of the Cadiz Swim Series, a host of cold water sea swims around Cape Town aimed at promoting swimming and raising funds for good causes.

The swim, originally scheduled to take place on June 16th, was postponed due to adverse ocean and weather conditions on race Day. 27-year-old Philip Emslie won the two-miler in a 39:46 ahead of 17-year-old second-placed Lisa Cowling, the first female home in 45:54. The mile race was won by 19-year-old Tarkquin Paramoer in 29:00 with Anna-Lena Becker (26) the first woman out in 36:46.

With only Speedos, a cap and goggles, Emslie described the race, “It was tough, choppy and relatively cold, but I am elated to have contributed to the cause.”

For the third year running, the Cadiz Foundation made a donation of R10,000 to The Homestead which helps re-integrate street children into society and which runs a home. The Homestead’s Sonja Basson said, “To watch these swimmers brave this cold ocean for our children is incredible.” Ram Barkai agreed, “We’re also proud to be commemorating South Africa’s historic Youth Day, assisting the youth of The Homestead at the same time and to be doing this through a healthy outdoor event such as this swim.”