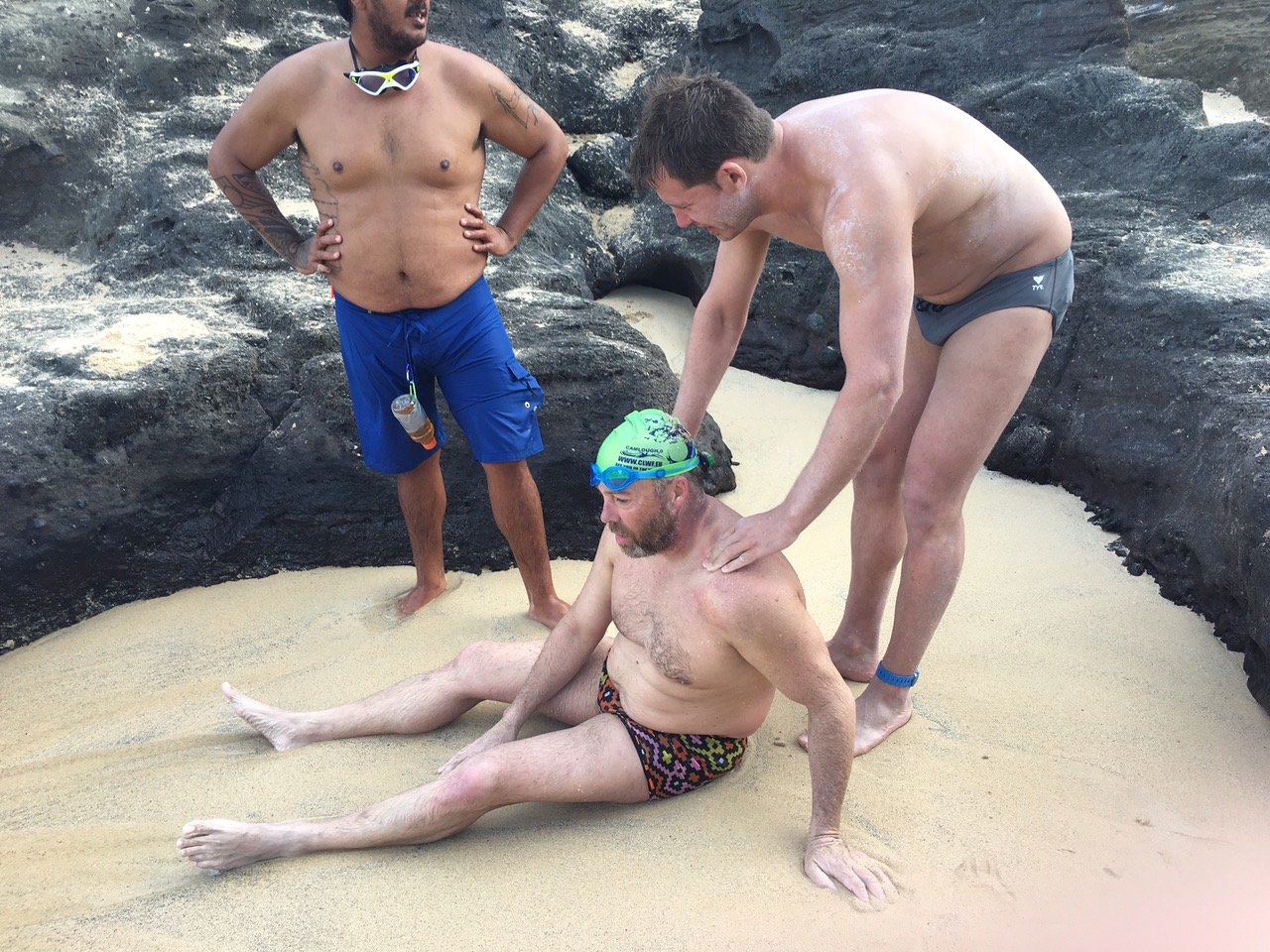 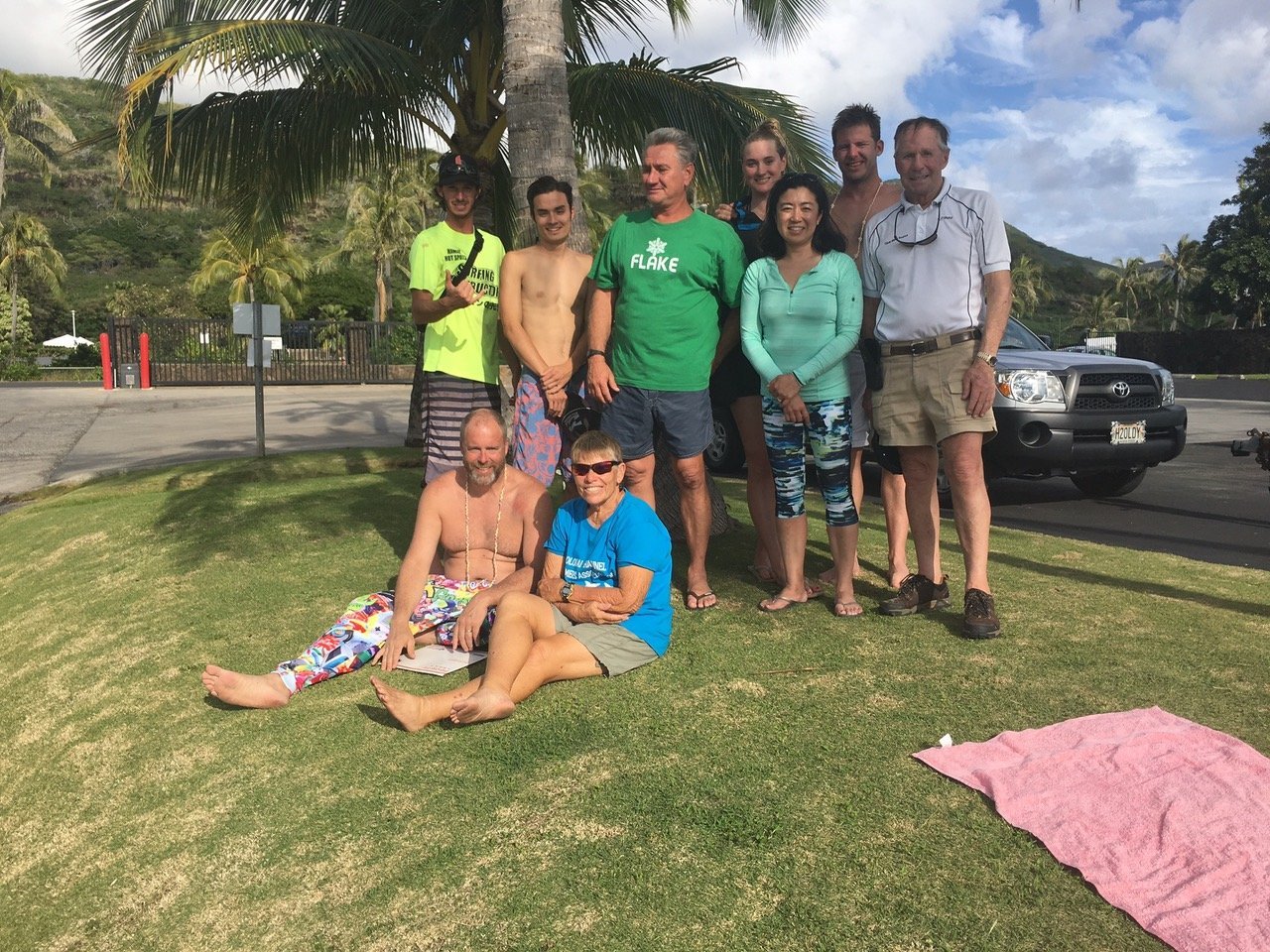 South African Cameron Bellamy and Steve Walker from San Francisco, California successfully completed a crossing between Molokai Island and Oahu today. The duo started at Papohaku Beach on Molokai at 9:26 pm with Matt Buckman was their escort.

“They both lost caps and goggles in the big surf at the start,” reported Linda Kaiser of the Molokai Channel Swimmers Association. “Finding their goggles was easy because of the lights attached, but their caps were sacrificed to the ocean gods. There was a nasty current overnight against them until around 7:00 am and they made around 1 mph.

But the current changed and they were able to get up to speed. The winds were very calm [although] we had howling winds up to Friday afternoon and winds were forecast to pick up Monday, so Cameron and Steve had to jump on this short window
.”

Bellamy finished in 17 hours 1 minute at Sandy Beach on Oahu. The life guards announced his arrival. All the beach goers cheered him in as the spectators could see his right side covered in welts from Portuguese man o war stings.

“Steve finished in 17 hours 52 minutes, swimming with one arm over the last two hours. He missed Sandy Beach, but he was able to swim into Eternity Beach that is located just west of Halona blow hole. The beach goers there were very impressed with his accomplishment and offered him some carbs (beer).

A 7-foot tiger shark was seen, but it chose to check them out and kept swimming. Other sharks were seen, but they were too deep to identify the species. We all joked that the tiger shark was Ranie Pierce’s shark.”

Both swimmers have now completed five legs of the Oceans Seven with the Tsugaru Channel in Japan and the Cook Strait in New Zealand remaining.

Veteran Hawaiian channel swimmer Harry Huffaker was on hand to greet both swimmers and take photographs and videos.