Cameron Keith Goes With The Flow In Molokai 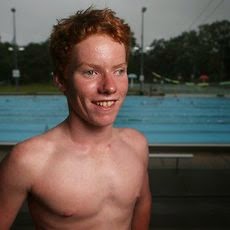 When he did his first marathon swim from Green Island to Yorkey’s Knob, a suburb of Cairns, in Australia, his swim was cancelled due to strong winds. He had to wait nearly 2 weeks for a decent shot at the 27.1 km crossing which he eventually successfully crossed.

Now he stands on the shores of Molokai Island in Hawaii, his initial plans thwarted again by the unexpected. This time, it was not nature, but a mechanical problem that halted his swim.

“We are on Molokai, waiting now for a few hours on our escort boat. Apparently, the water pump is broken and I am not sure if we will ever get the chance to cross,” he expressed worried. “We were supposed to go yesterday morning.”

But the young Aussie caught a break and is now rescheduled to depart Molokai from Oahu across the 42 km Molokai Channel at 3 am Hawaii time this Tuesday morning.

“My husband and I are staying in Molokai and the resort where Cameron left the beach this morning. Our unit happens to overlook the beach. We were awoken this morning to the sound of voices to see Cameron and his crew getting ready for the journey. We watched as Cameron entered the water and continued to watch until we could barely see this lights. Keeping him in our thoughts and prayers for a safe successful swim to Oahu,” wrote in Penny and Noel.