Campion Is A Champion 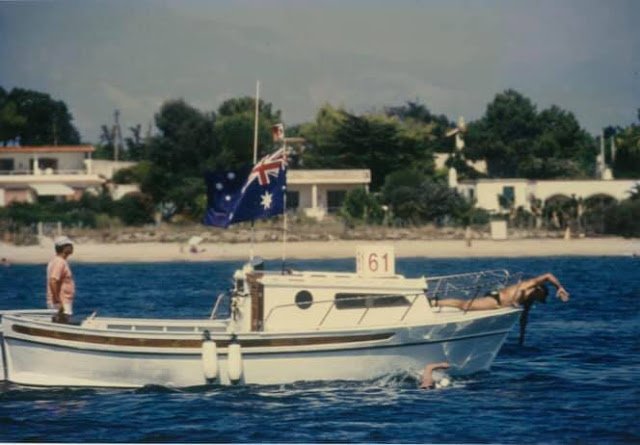 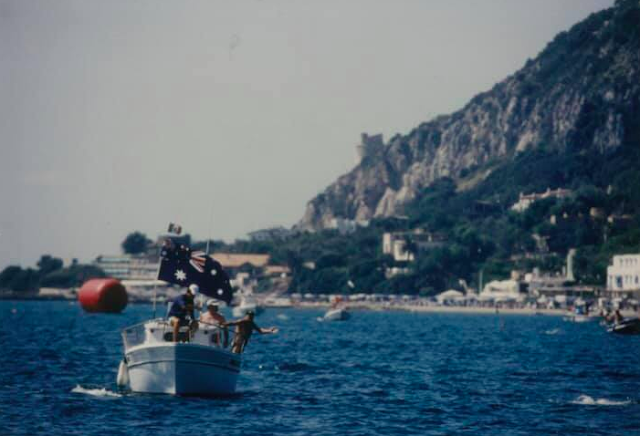 Campion Is A Champion

Back in 1994, Melissa Roberts became the 25 km FINA world champion in Rome, Italy.

She recalls her fellow International Marathon Swimming Hall of Fame inductee Dick Campion, “I’m so lucky that I was introduced to my wonderful coach Dick Campion. [In the photo above] you can see him hanging off the boat; he was there with me through everything. Dick and his wife Jackie took me in and made me part of their family and I’ll be forever grateful.”

Campion represented Australia at the 1960 Rome Olympic Games and has promoted selflessly, globally and professionally open water swimming since the 1960’s.

After he competed in the 1960 Olympics, Campion competed on the professional marathon swimming circuit in Italy (1975 and 1976 Maratona del Golfo Capri-Napoli) and in Canada (1975 Traversée internationale du lac St-Jean, 1975 24 Heures La Tuque, 1976 lac Chibougamau Marathon). He won the 1976 Australian Open Water Swimming Championships in the year he was elected President of the World Professional Marathon Swimming Federation. He holds the record for The Big Swim, a 34 km marathon swim in Tasmania, Australia, set in 1976 in 9 hours 19 minutes.

From 1989-1998, he was the national open water swimming coach for Australia where he coached swimmers to gold, silver and bronze at the 1991 and 1998 World Swimming Championships, the 1991 Pan Pacific Swimming Championships and several international competitions in Italy, France, Canada and the USA. He designed the Australian Swimming 16K Grand Prix Series and, from 1990-1996, he was the Chief Presenter of Open Water Swimming Coaching at Australian National Coaching Conferences and coached a 93 km world record 4-person relay from Malta to Sicily in 1996 and a number of English Channel and Manhattan Island Marathon Swim athletes.