Can Anyone Win Twice? 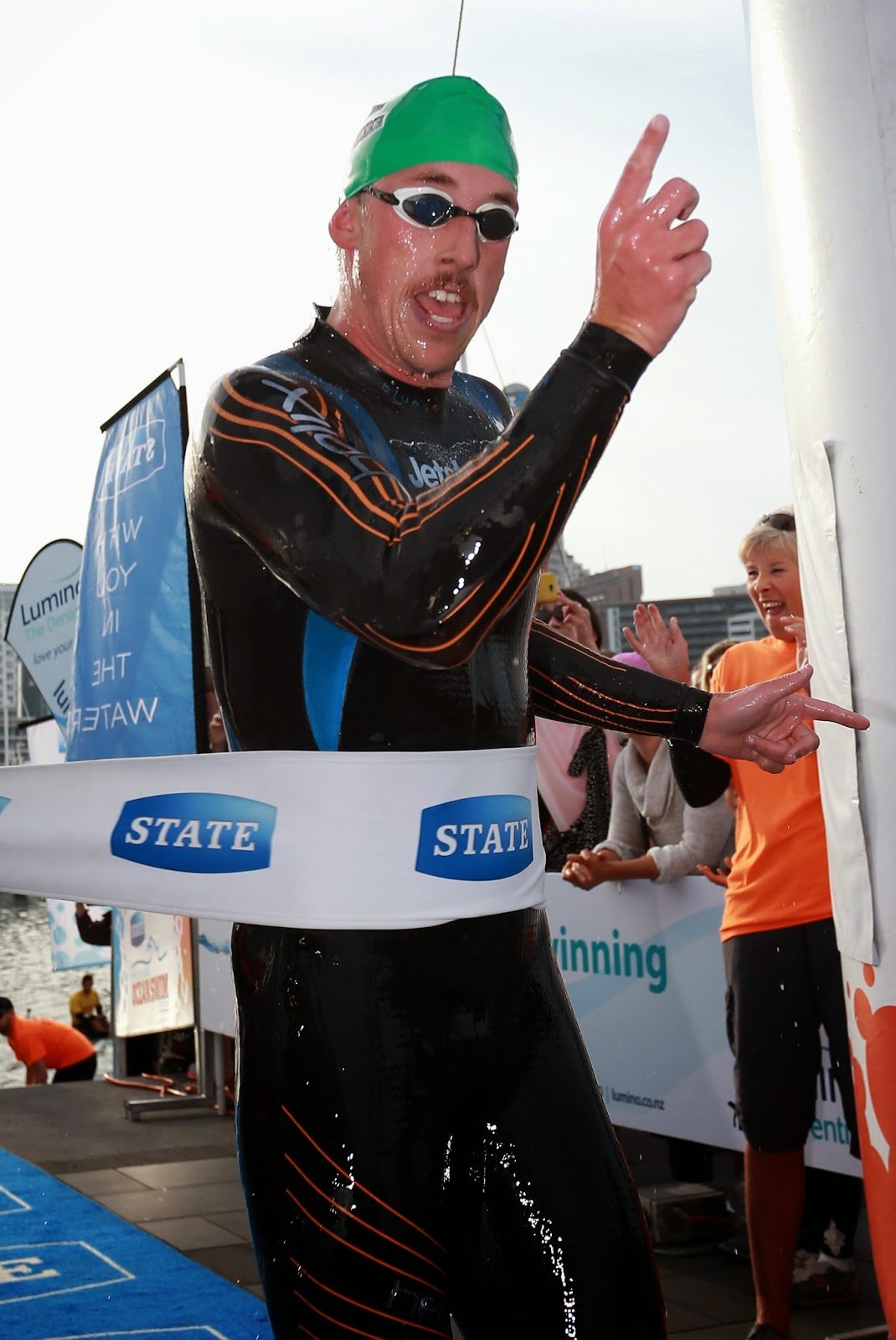 The stakes couldn’t be higher for the best open water swimmers Down Under heading into the penultimate round of the State New Zealand Ocean Swim Series at Mt Maunganui this Saturday.

There have been different race winners in each of the four events so far this season in both the women’s and men’s series. All the winners are anxious to earn the pole position for next month’s finale: the King of The Bays on Auckland’s North Shore.

In the men’s series, three of the four race winners will compete this weekend: Harbour Crossing winner Kane Radford (shown on left), Capital Classic champion George O’Brien and La Grande Swim winner Rhys Mainstone. The only race winner not competing this weekend is Jarrod Poort. The 2014 10 km Australian open water champion, who won the State Bay of Islands Classic in December, is out of the series after breaking two bones in his wrist in a skateboarding accident.

It is anyone’s race.

For Radford, it’s another chance to show he’s a serious contender against quality opposition, even in unfamiliar conditions. “If you catch a wave on the swim in to the finish at Mount Maunganui, it can often decide the race. The problem for Rhys and I is that we don’t often swim in those conditions, which probably gives George the upper hand, now he’s linked up with Ky Hurst’s old coach. But having said all that, I haven’t entered to come second in this race.”

The State Sand To Surf is a 2.6 km race around both Rabbit Island and Moturiki Island, ending on the main Mount Maunganui beach. The swim is round five of six in the series, with the final race, the State King of the Bays on Auckland’s North Shore on April 12th.

Each swimmer must compete in a minimum of three of the six races to qualify for the series championship. 100 points is awarded to each race winner, with double points on offer in the final round, the State King of the Bays.