Canadian Heroine Leaves Her Mark On Land, In The Water 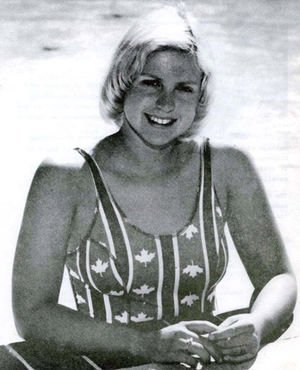 She swam gracefully, efficiently and old-school, leaving a legion of fans around the world.

Wayne Strach, “I followed Cindy’s story for decades. She was so inspirational for me in the completion of my English Channel swim. Her legacy will live on in the memory of so many people that she inspired to reach high and live their dreams, than she ever could have know about.”

Those kinds of comments, thoughts and inspiration are what many around the world have of the Queen of the Channel®.

She passed away at the age of 58 last week due to liver cancer.

The Order of Canada holder and former Liberal MPP Nicholas first made a name for herself in 1974 when she set a record for swimming across Lake Ontario from Youngstown, New York, to the Canadian National Exhibition at the age of 16 in 15 hours 10 minutes.

That was just the beginning of a remarkable career both in the water and on dryland.

Over the course of her career, she eventually completed 19 crossings of the English Channel and the first woman to complete a two-way crossing of the English Channel in 19 hours 55 minutes in 1977; a time that was faster than men or women. In terms of racking up Channel crossings, she was remarkably efficient – making sure her travels from Canada to Dover were worth the training, time and effort.

Julie Ridge recalls the legacy of Nicolas. “The day I swam the English Channel in 1982, she was attempting the first triple crossing. 2.3 ‘laps’ in, she had to abort the attempt, but from her boat captain’s radio she checked in on me regularly, sending encouragement and love. She was an inspiration, a kindred spirit and the most generous of souls. Her absence will be deeply missed, but to me she will forever be the athlete who dared to go where no person had ever dared. At the age of only 58, she was much much too young to leave us. Cindy, I hope the waters in heaven are clear and calm. “