Okanagan Lake has been a busy venue this summer.

On July 26th, American Adam Ellenstein from Detroit completed a 105 km wetsuit swim across Okanagan Lake from Vernon to Penticton in British Columbia, Canada. His VictorySwim105 was conducted under the guidance of his wife and crew chief Amelia Ellenstein.

Now it is Wayne Strach‘s turn. 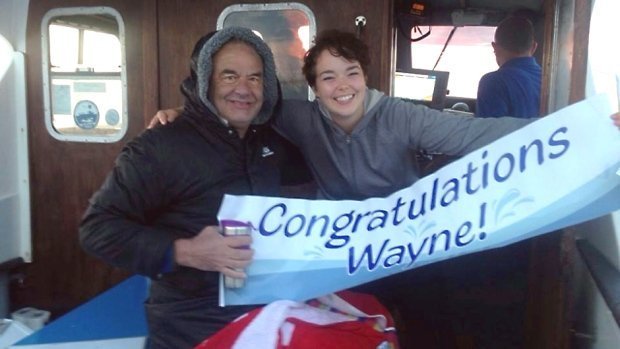 The 61-year-old open water swimmer from Alberta has already become oldest Canadian to complete a crossing of the English Channel. His 17 hour 15 minute crossing was completed last year at the age of 60. But Strach felt there was something more to achieve in the sport.

Tomorrow, he will embark on his attempt to swim the longest marathon in a lake with a 130 km distance in mind.

His multi-crossing of Okanagan Lake would also break the 124.4 km (77.3-mile) distance record that 30-year-old Chloë McCardel swam from Eleuthera Island in the Bahamas to Nassau in 41 hours 21 minutes in 2014.