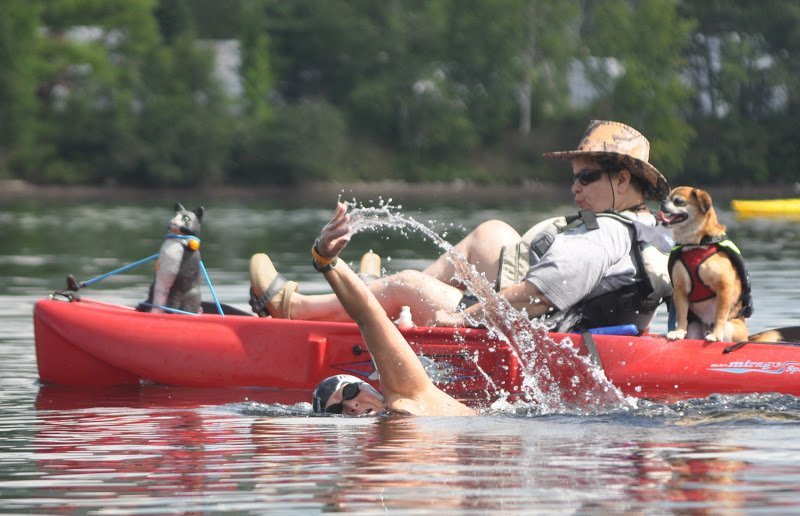 The history of canine swimmers (dogs) competing in open water swims and other venues goes back at least to Manaia, a Labrador-Irish setter, that swam faster than 400 of the 922 human entrants in the 1980 Waikiki Roughwater Swim, completing the 2.4-mile swim in 90 minutes across Waikiki Beach in Hawaii.

There are other canine swimmers around the world: