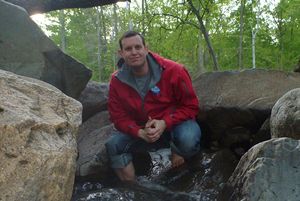 C3 or the Cape Circumnavigation Challenge is a new 15.1-mile (24.3 km) race around Cape May, New Jersey. Established by Jason Malick, the swim will be held on September 14th. It stirs up memories of the dormant Around the Island Swim in Atlantic City.‎

“The C3 will soon become a new Jersey Shore Tradition and perhaps the next hardest race in the world based on varying water temperatures (68-74ºF or 20-23ºC) and a mix of three bodies of water (Atlantic Ocean, Delaware Bay, and Cape May Canal),” predicts Malick.

Cape May is affectionately known as ‘America’s Oldest Seashore Resort’ and has a rich history dating back to the early 1600s. Cape May was not officially an island until World War II when the Army Corp of Engineers constructed the Cape May Canal to help protect the American waterways from German U Boats.