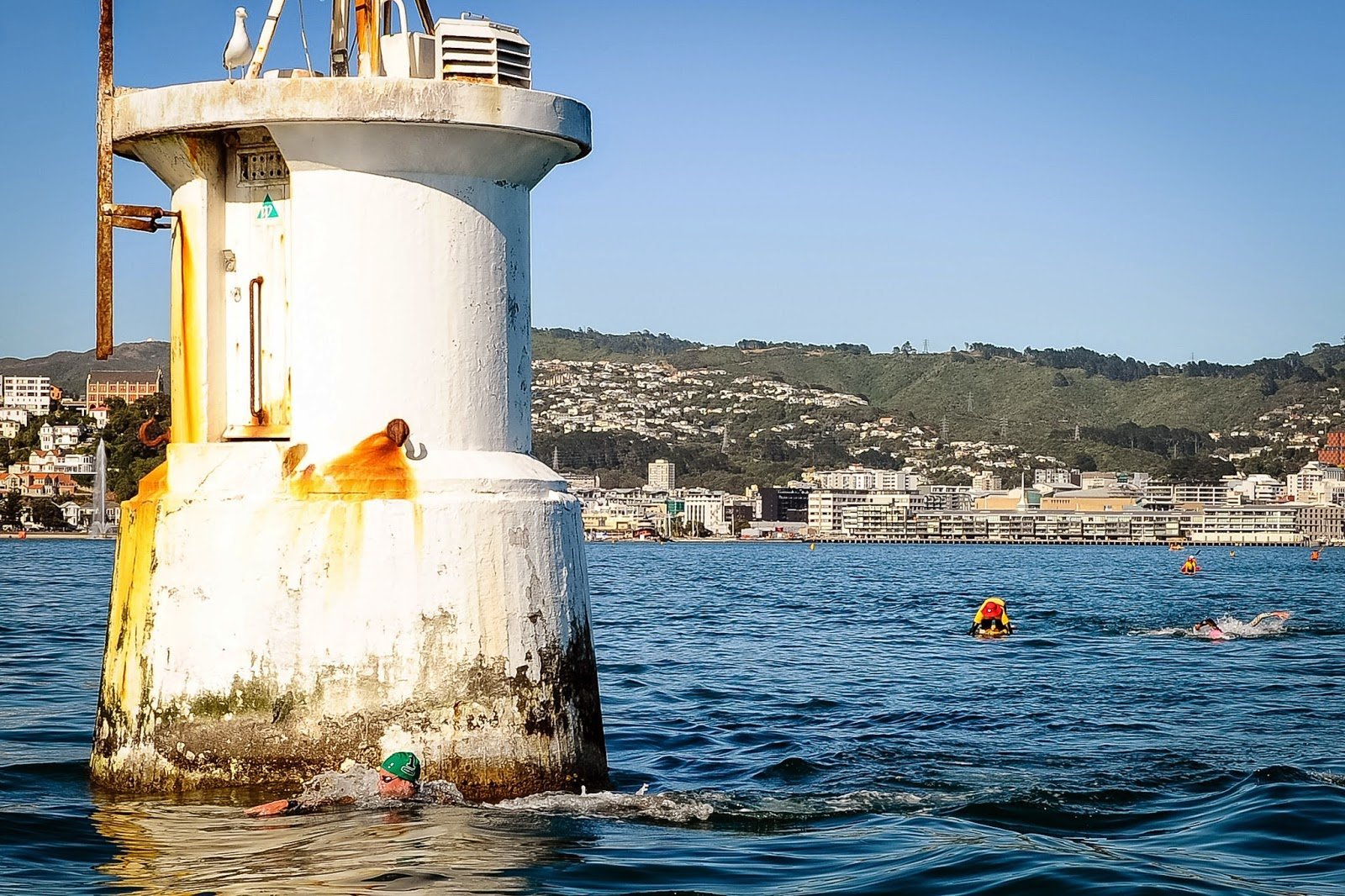 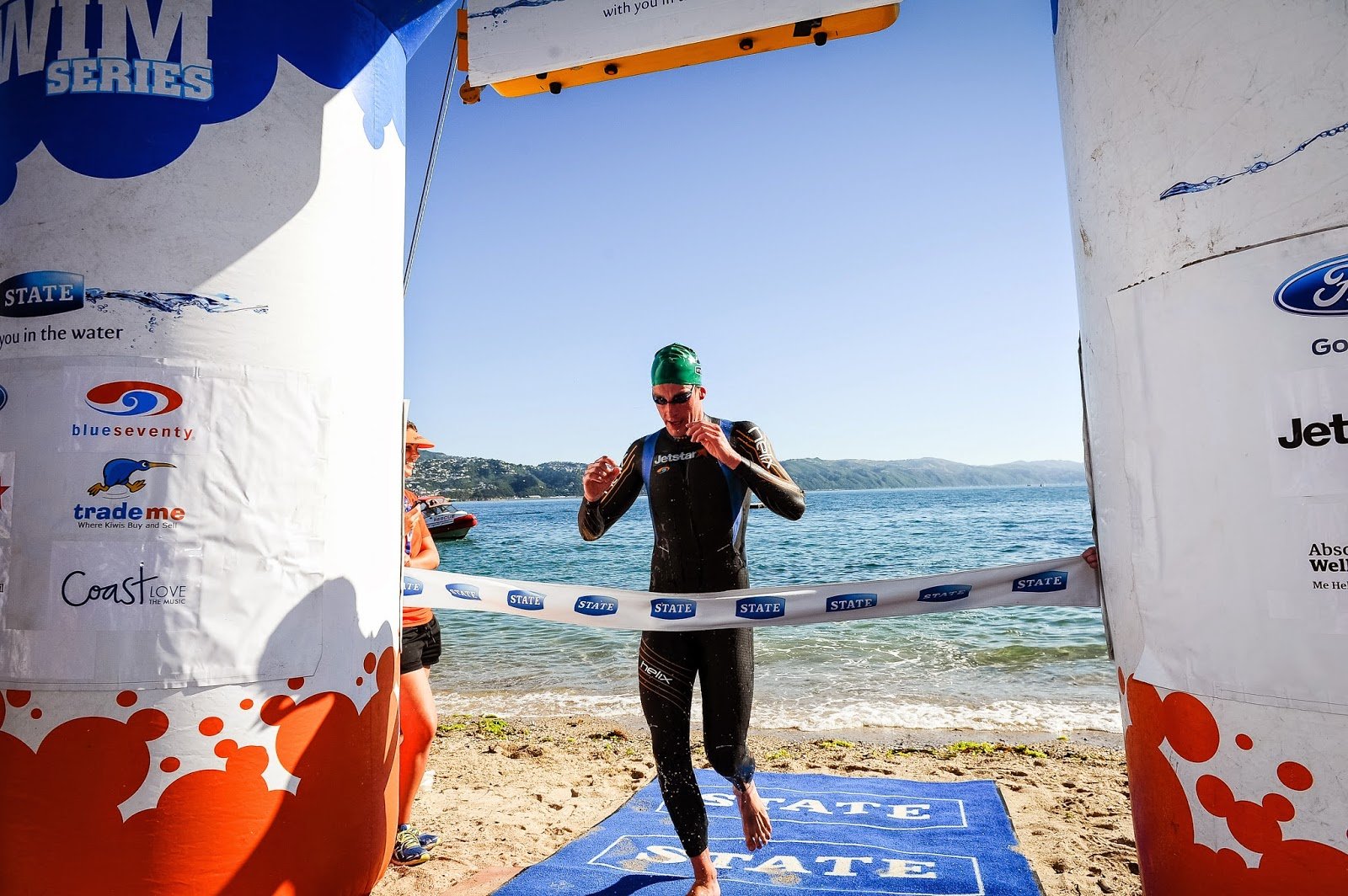 Nathan Capp dominated the 3.3 km race at the State Capital Classic in Wellington, New Zealand. He finished almost half a minute ahead of the field in nearly perfect conditions on Oriental Bay.

The 22-year-old led from start to finish, taking advantage of a good tactical decision at the start where he was one of only two of the elite swimmers to choose the left hand side of the course. The decision was a wise one.

By the first marker, Capp was already 10 meters in front of 2014 Commonwealth Games swimmer Dylan Dunlop-Barrett. He extended that lead over the next three markers with victory in sight by halfway.

Capp says the start was crucial. “I definitely thought the left would be favoured so I kind of had 20 metres on everyone before we even came together.”

With Capp far ahead, the race for second was much closer. Dunlop-Barrett, Liam Albery and Ben Ruback went shoulder-to-shoulder as they rounded the iconic Pt Jerningham Lighthouse at the 2 km mark. But it was 18-year-old local Albery who shifted into an extra gear over the last part of the race, finishing second 29 seconds behind Nathan Capp. Dunlop-Barrett hung on for third, one second ahead of Ruback.