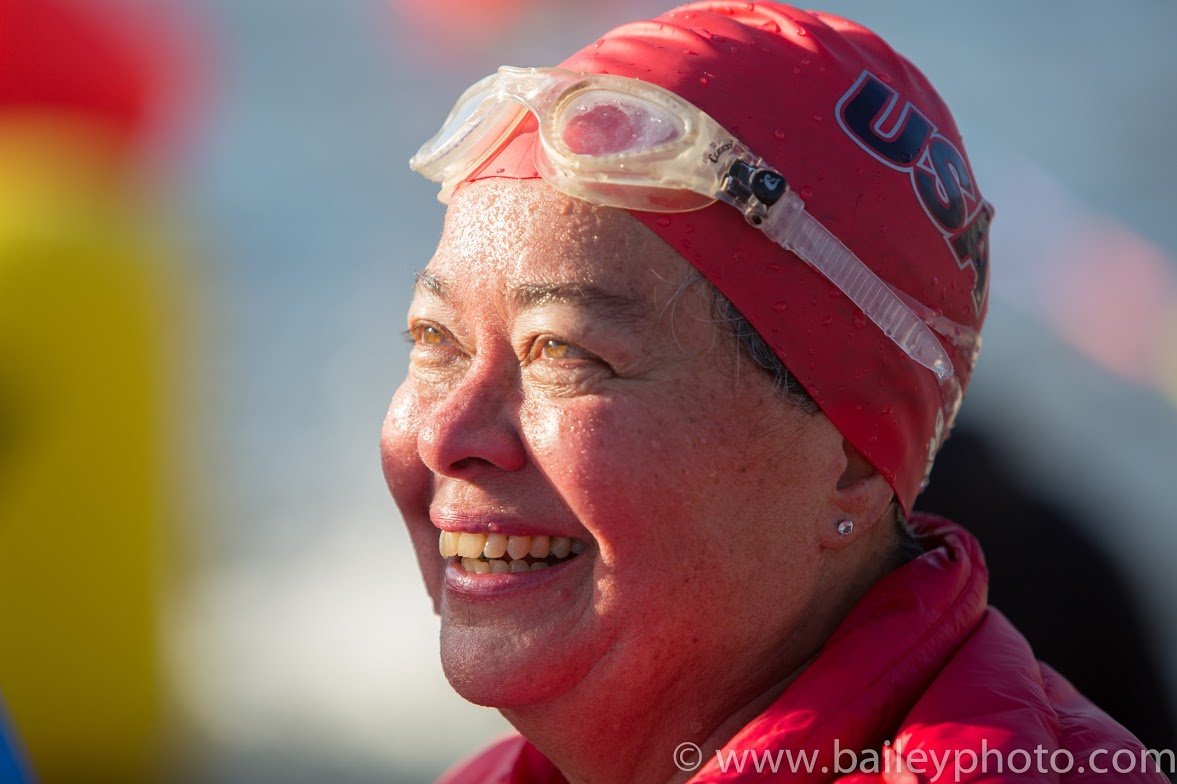 Capri Djatiasmoro of New York flew to Siberia in order to participate in the 2016 Winter Swimming World Championships. She joined 1,275 other athletes from 42 nations in Tyumen, Russia.

She recalls her experience, “Siberia was incredible. This was my first Winter Swimming World Championship It was very well organized. I swam all the events except for the 450m freestyle including the 25m and 50m breaststroke, my worst stroke.

But I used the first day as a warm-up to get rid of the nerves and jet lag travel recovery. On the second day, I swam the 25m, 50m, and 100m freestyle. I was still swimming slow, but I was surprised during the 100 when I looked over to the other lanes and I saw that I was passing people. I am not a sprinter; I do better in distance, even in the cold water so I settled down on my stroke and kept pushing
.”

She surprised herself when she came in second place in the 65-69 year age group. “I very happy with that. I lost feeling in my hands and feet, but they came back quickly. On the third day, I swam the 200m freestyle which was very tough for me. So I decided not to swim the 450 on the following day. I am not ready for that, [at least] not yet.”

She recalls the experience in the 200m event. “I ended up swimming an extra 25 meters. As I swam, I felt my hands and feet turn into stumps, but I just kept swimming with body memory. The longer I swam, I could feel the numbness expanding up my forearms to my elbows. That [feeling] was a first for me.

When they stopped me at 225 meters, and I got out, I had absolutely no hands.

William Bradley and John Coningham-Rolls helped me with my towel and Bill’s coat and walked me to the sauna tents and the fabulous Russian lady attendants – they were spectacular – they put my painful hammer fingers and feet in ice cold water (which felt burning) and wrapped towels around me as I shivered for a few minutes.

I felt like I was in a critical care emergency room unit. The Russians are top notch in recovery. After my hands started to come back, Maria Luisa Lozano Letelier walked me over to the sauna which was perfect. We started dancing in the sauna; it is all part of recovery.

I slowly returned to normal. Now I understand, the swim is not over until you go through and come out of recovery complete, and how important it is to have a knowledgeable recovery team … a very important lesson learned