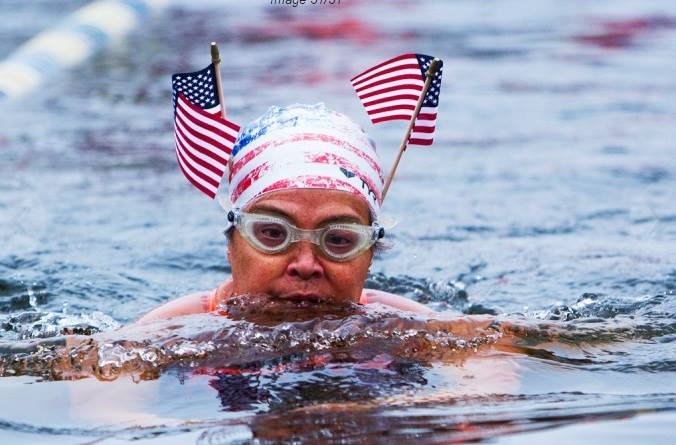 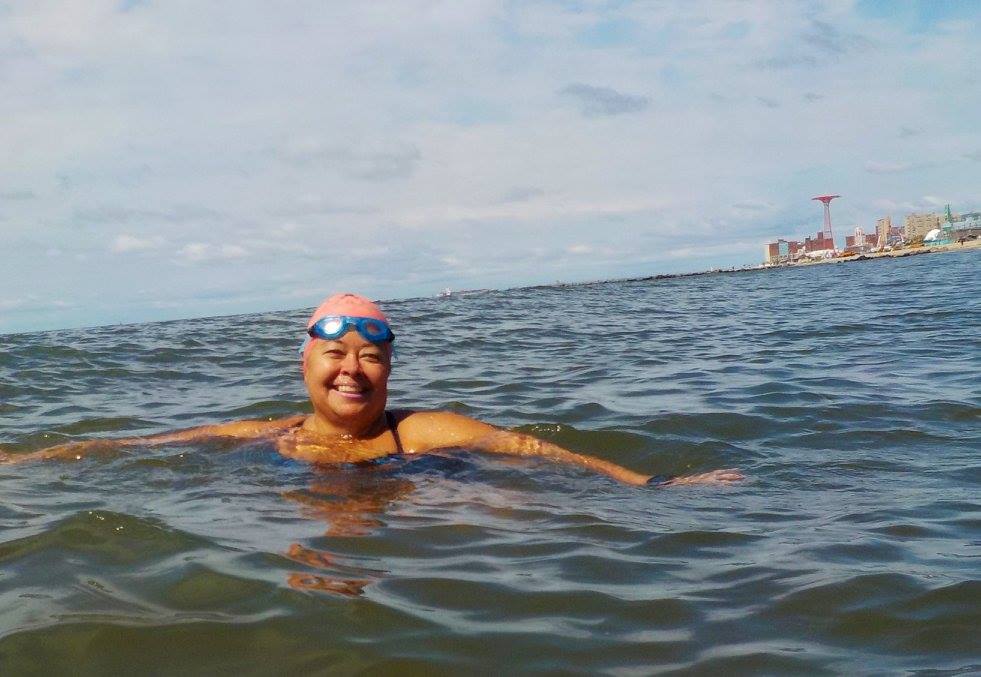 As a marathon swimmer, event director, photographer, and crowd favorite at winter swimming events around the globe, Capri Djatiasmoro embodies the spirit of adventurous swimming in New York City and around the world. The original Swim Angel, Capri’s warm smile and soothing voice have also inspired hundreds of swimmers of all levels to push their boundaries and achieve their personal goals.

In addition to serving on the board of each of these terrific organizations, Capri is also an experienced race director, helping to organize events for each group. For the Coney Island Polar Bears, Capri organizes weekly club events as well as the annual New Year’s Day Polar Bear Plunge, which attracts thousands of attendees each year and has raised over a million dollars for charity.

Capri has been the event director for many of CIBBOWS’ acclaimed events, running safe and fun swims at all levels. In addition to her warmer water endeavors, Capri serves as Chairman and Event Director for the US Winter Swimming Association working to organize their annual championship events as well as to grow this fledgling organization.

Capri has represented the U.S.A. at winter swimming events around the world, from Argentina’s Perito Moreno glacier, to swimming at 0°C in frozen lakes in Vermont (USA) and Siberia (Russia) in December. She has competed successfully in International Winter Swimming Association World Cup Events in Jelgava Latvia, and medaled in the 450 meters at 0°C in the Winter Swimming World Championships in Tyumen, Siberia, Russia in 2016.

Capri has also swum at high-altitude in the world’s highest navigable lake, Lake Titicaca in Bolivia, 12,000 feet above sea level.

Beyond her personal pursuits, Capri is a supremely dedicated team member and friend to all swimmers. She documents swims, races, and trips with her captivating photos and has volunteered at dozens of swims. She also introduces hundreds of new swimmers to open water through her CIBBOWS clinics and weekend swims and has crewed on many marathon swims including Alan Morrison’s 17-mile breaststroke Rose Pitonof Swim with Urban Swim and Cristian Vergara’s valiant Easter Island/Rapa Nui circumnavigation attempt.

On top of her aquatic pursuits, Capri works an incredibly demanding job as a Project Manager, coordinating national outdoor marketing campaigns for major companies. Everyone who meets Capri is impressed by her warmth and enthusiastic spirit and she is one of the most genuine ambassadors for adventurous swimming around the world.