Developing Environmental Awareness With The Next Generation 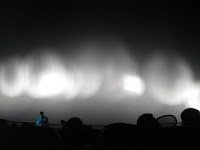 Doug Woodring continues to push. He continues to educate and explain. He wants our oceans to be healthy and is constantly coming up with ways to achieve his goal. 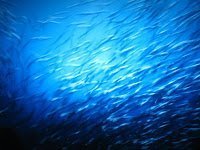 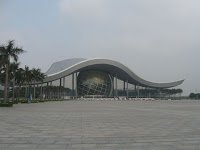 His latest speech was in an Imax theater in Guangzhou, China where he addressed an audience of 600 during Earth Day Celebrations at a creatively designed Science Museum.

He informed the young crowd, “You are lucky as the opportunities that will present themselves in the future, in any industry, are there for the taking as they relate to environmental technologies and improvements. Only, however, if you take them. Time is not really on our side.

Your generation is one that is already seeing swings in extreme environmental events. Yes, some of these might have happened anyway, without man on the planet to have pushed the ecosystem, weather patterns, and resilience of the planet to the limit. But many of them are from our doing, and the issues are only increasing, ranging from large changes in weather, arable land, water resources, food security, and many others.”

Doug later reflected on his speech, “The students of the world might not realize this yet, but they will be facing huge stresses as the earth wobbles, almost literally by being overweight. If not from being top-heavy, then at least from being heavily saturated with the many ways that we have been doing things that are wrong. They have a great opportunity to excel and make far reaching improvements, if we set them in motion. That means spending and making decisions on factors that will have a long-term impact.”