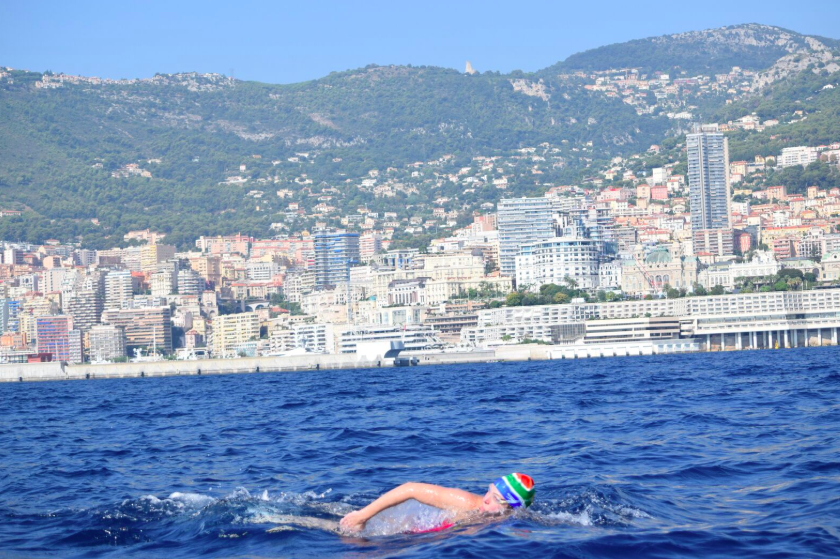 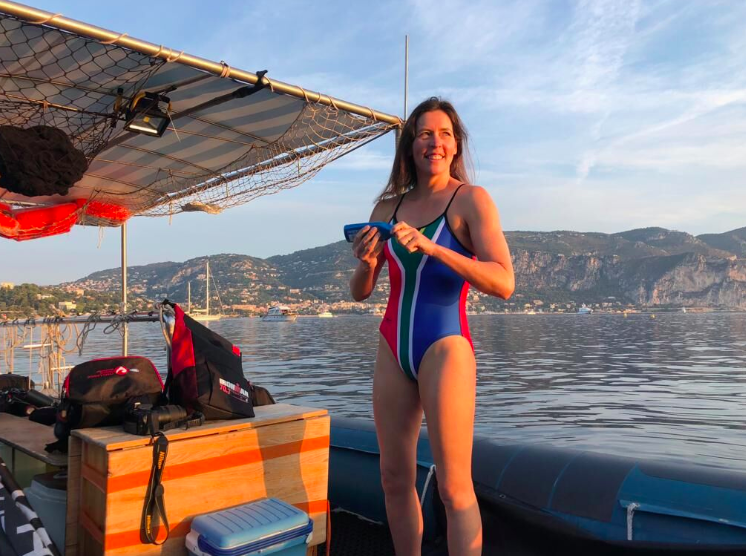 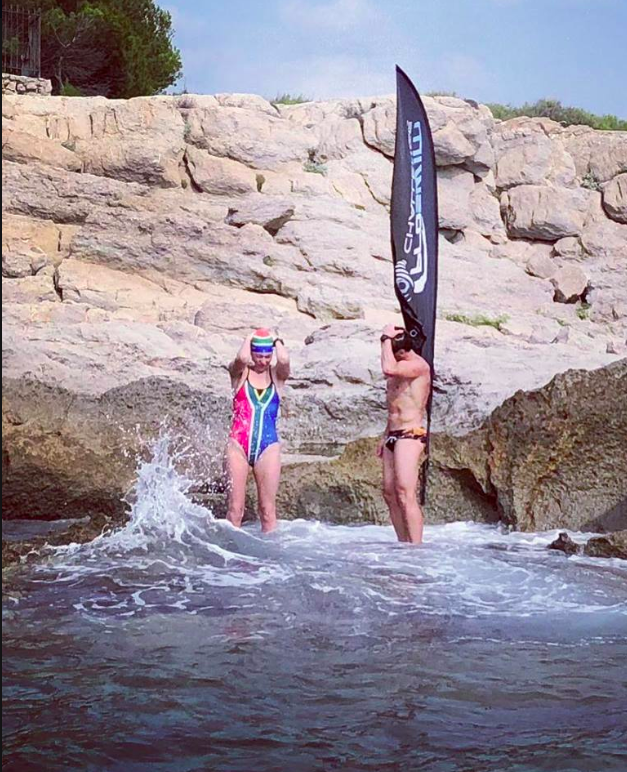 “The moment I stepped onto Italian land – or rock – after swimming for 7 hours 6 minutes from the South of France, a route that included the full length of Monaco. The water was rough and the current was against me, but every stroke today had meaning as this swim is making a different to @Muzukidz – children from Cape Town townships who are given the opportunity to learn the violin.

The feeling of finishing [the 21 km Triple Country Swim from Nice, france to Monte Carlo, Monaco to Capo Mortola, Italy] was overwhelming, and so is the support we have received.

Thank you to everyone who has donated and followed the swim, and please keep sharing and canvassing for support. We have not reached our target yet and every bit helps.”

Bruwer explains her motivation for the swim, “I believe that giving a child the opportunity to learn a musical instrument goes way beyond the ability to make music or the possibility of being a musician one day. Music stimulates the brain in a very special way; in fact studies have shown that children who do 14 months of musical training displayed more powerful structural and functional brain changes. Imagine what this can do for a young child who comes from a poor background and who has limited opportunities and a limited support structure. I am convinced that organisations like Muzukidz are helping to mould our future leaders, inventors and change makers.

I am knackered. The conditions were beautiful for the first hour of the swim, but it then became very choppy for the remaining 6 hours. The current that was against me was also unexpected; the prevailing current usually goes the other way. Still, every stroke today had meaning as this swim is making a different to @Muzukidz – children from Cape Town townships who are given the opportunity to learn the violin. The feeling of finishing was overwhelming, and so is the support we have received.”

A donation platform is available on www.carina.co.za and here.

For more information on the Muzukidz Social Project, visit here.