Carina Bruwer, In And Out Of The Water 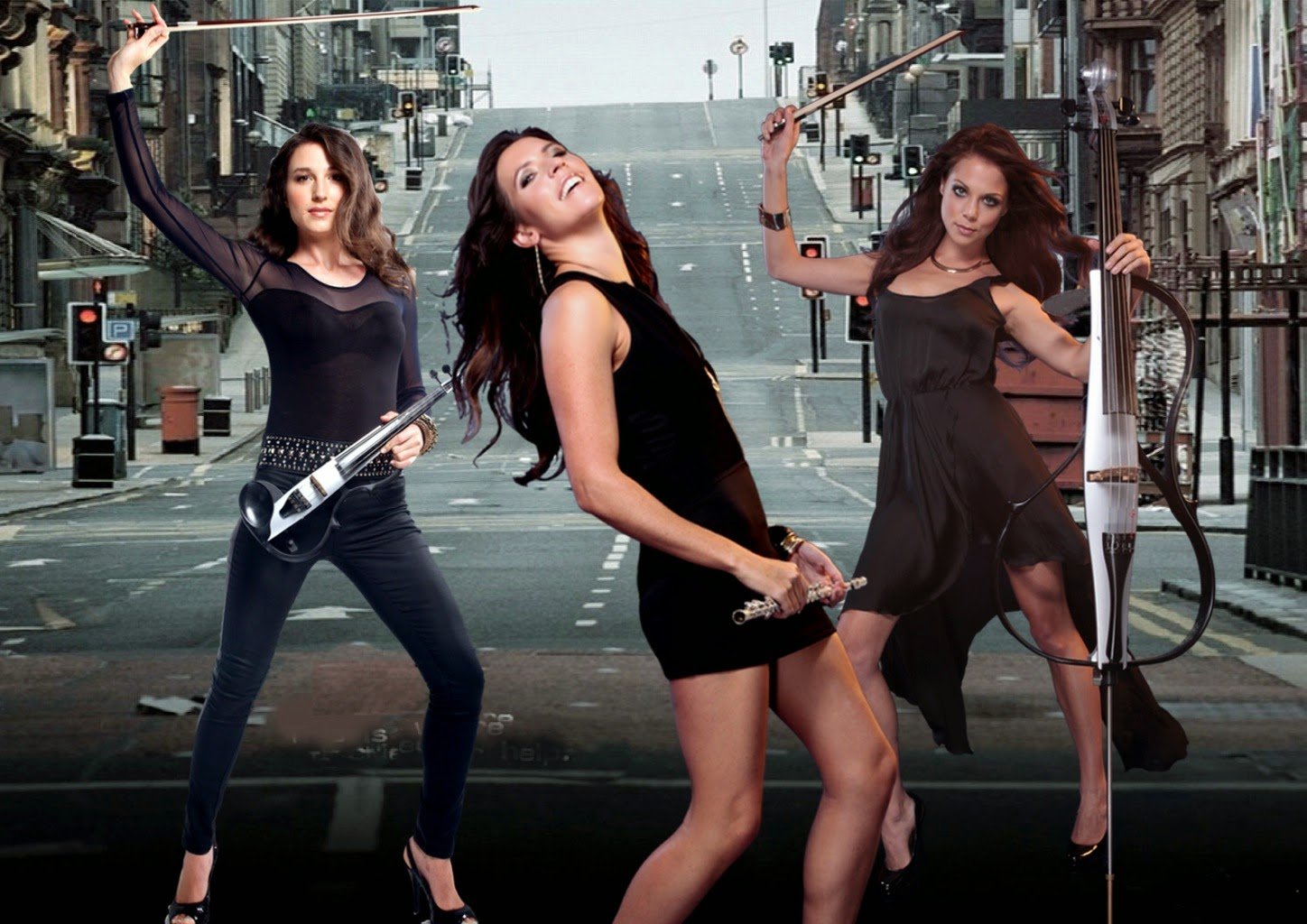 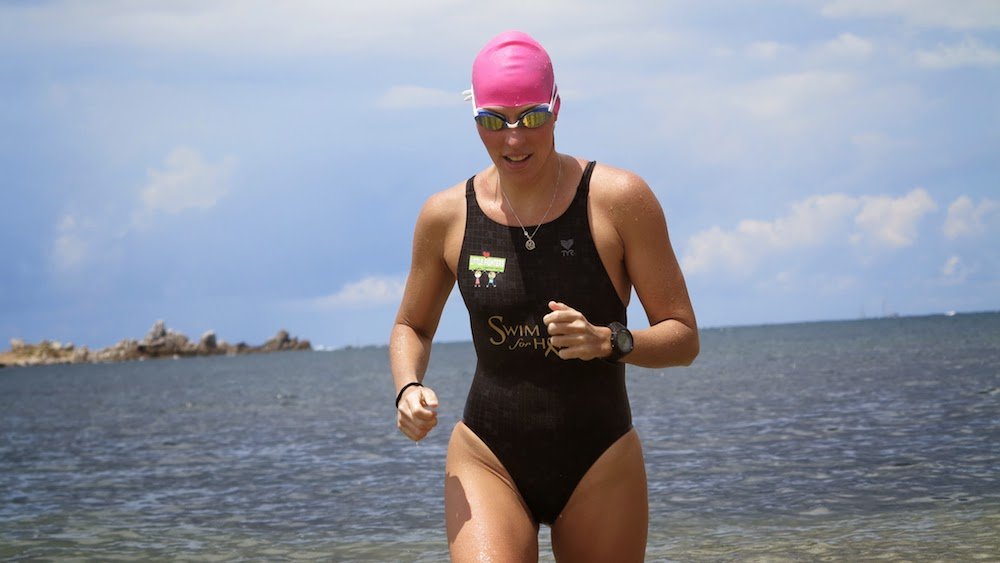 In the morning, they are decked out in swimwear and goggles. With their hair often bundled up in a swim cap and goggles over their eyes, swimmers often look dramatically different than when they are dressed for work.

But the same intensity and intelligence, the same sacrifice and stamina, the same courage and creativity that open water swimmers demonstrate in the water, they show on terra firma. Their personalities do not change; only the venue where they show their talents.

Carina Bruwer excels on both land and water.

“Conditions were tough”, Bruwer said of her recent swim in the Strait of Bonifacio. “Sardinia experienced unseasonal thunderstorms and sporadic flooding earlier in the week so I was relieved to get a window in which to swim on Tuesday, and all started out well with flat seas, but halfway through the weather took a turn for the worst and I honestly didn’t know whether it would be possible to complete the distance. I couldn’t see my support boat behind the waves, and waves were crashing on me – I didn’t actually know whether I was moving forward! I wasn’t going to give up though, as in the back of my mind was always the little cancer fighters for whom I’m swimming. It was a huge relief when I finally saw the beach, and completed the swim.”

In 2007 she founded instrumental pop group Sterling EQ which has became a headliner in the South African music industry, winning numerous awards and touring nationally and internationally. With Bruwer on flute, the three-piece has performed over 800 shows in 11 countries, released 3 albums and a live DVD, and won 3 major music awards, most notably a 2011 South African Music Award.

The statuesque South African explains her career that combines music and the marine environment.

Daily News of Open Water Swimming: Is any of your music inspired by the ocean or swimming or marine life?

Carina Bruwer: Not my music in particular, but my whole existence is obviously hugely influenced by swimming and the ocean, and the places I have visited in my quest to swim new oceans have inspired me and created unforgettable memories. For example, I played with some local musicians and fell in love with flamenco music while in Spain for my Gibraltar swim in 2005. When I came home to South Africa, I joined a fantastic flamenco band and recorded and performed with them for over 2 years. I still love the music and it always brings back vivid memories of my time in Spain.

Daily News of Open Water Swimming: Do you come up with the music themes or beat when you are swimming?

Carina Bruwer: Yes, I often do – amazing stuff. Unfortunately I usually forget it before I have a chance to write it down. It’s very frustrating, it’s almost like the melodies belong to the water and to the rhythm of my swimming! Sounds airy-fairy, I know, but I am yet to reproduce the quality of the music that I’ve “composed” in the water. Or maybe it just sounds much better in there.

Daily News of Open Water Swimming: What is the difference between working with a crew on a marathon swim and the members of your music group?

Carina Bruwer: There are similarities. Mutual respect and trust is essential; it’s not about egos, it is about delivering a performance to the best of your ability, and in order to do that, you have to work together. As in most things in life, communication is key – clear communication and a considerate attitude will keep things together when the going gets tough – whether it is on stage, backstage, in the middle of the ocean, or in marathon planning meeting. Main difference for me, is that on a swim I have to hand things over to my crew, to a large extent, while in a band context I’m usually leading and trying to control things. I used to be quite bad at letting go, but I think I have improved and grown up since I’ve had my kids. 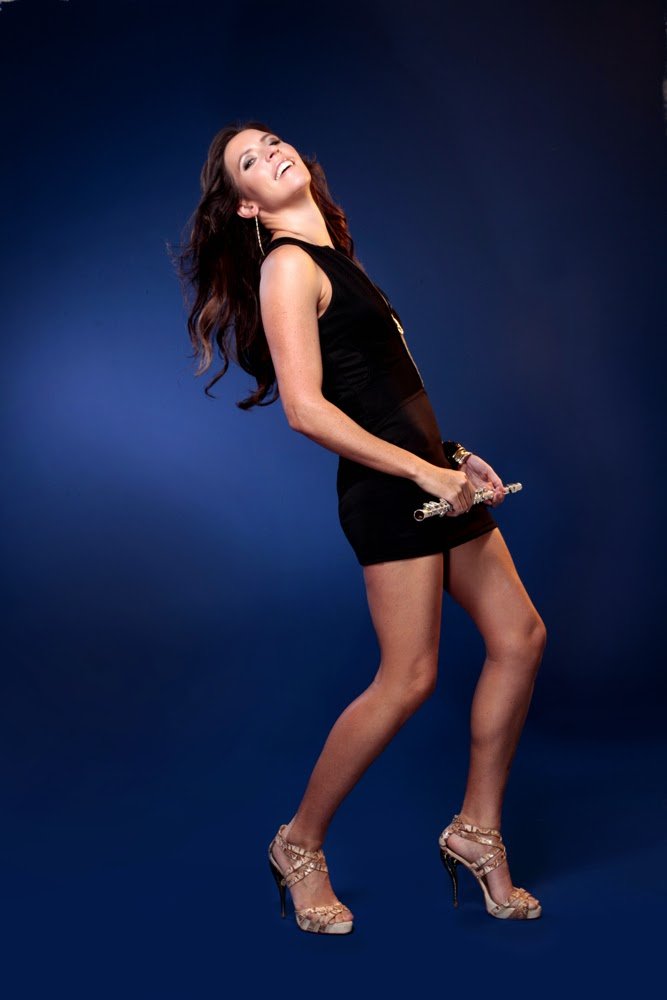 Daily News of Open Water Swimming: Do you sing or hum your own music when you swim, either in training or doing a swim?

Carina Bruwer: Yes, for my swims. As a musician, I actually crave silence more often than not, but I’m not often blessed with that in reality. I also can’t usually control what I hear, it just enters my mind and exits when it wants to. It’s not all bad, sometimes it’s quite interesting how I automatically amend the beat to suit my stroke (as I can’t possibly be out of sync with the music). When I’m really trying to push for pace, I go into 6 stroke breathing (which feels like a mixed 6/8 beat), which becomes really interesting as most music is in a simple 4 beat per bar time signature.

Carina Bruwer: The swimming and the music have always been quite difficult to marry – not for me of course as I can’t live without either – but in terms of the public perception of the package.

I get the feeling people who are into sports don’t really take my music seriously, but do respect the swimming side of things, while the music fans and entertainment industry folk see me as some sort of freak. And it’s just such an unusual combination that sometimes even the media struggles to package it. But I must say, in recent times I have received comments (from people I do not know) who are following my collective career and are just incredibly supportive of whatever I do, and that is amazing. I thought that my swimming had reached its ceiling after I completed my big dream swims like the Channel and False Bay, and of course when I had kids, but I have found a reason to swim again, as I realised that my unusual persona has value. I can use it to attract attention and raise funds for worthy causes, which I am passionate about. This has honestly changed my own life, as making a difference – however big or small – gives me purpose.