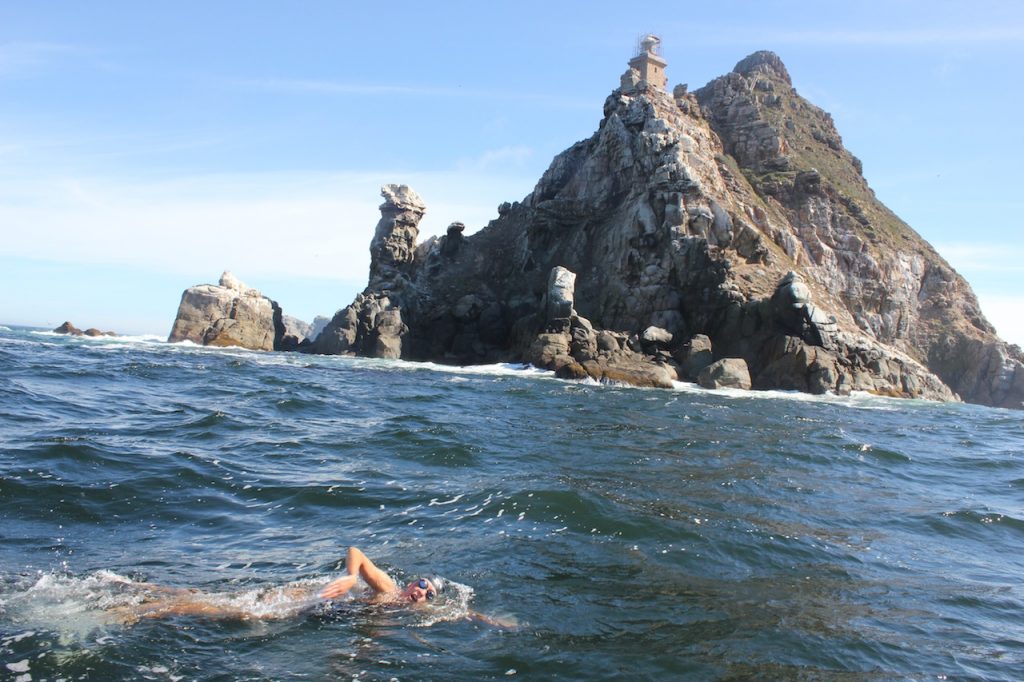 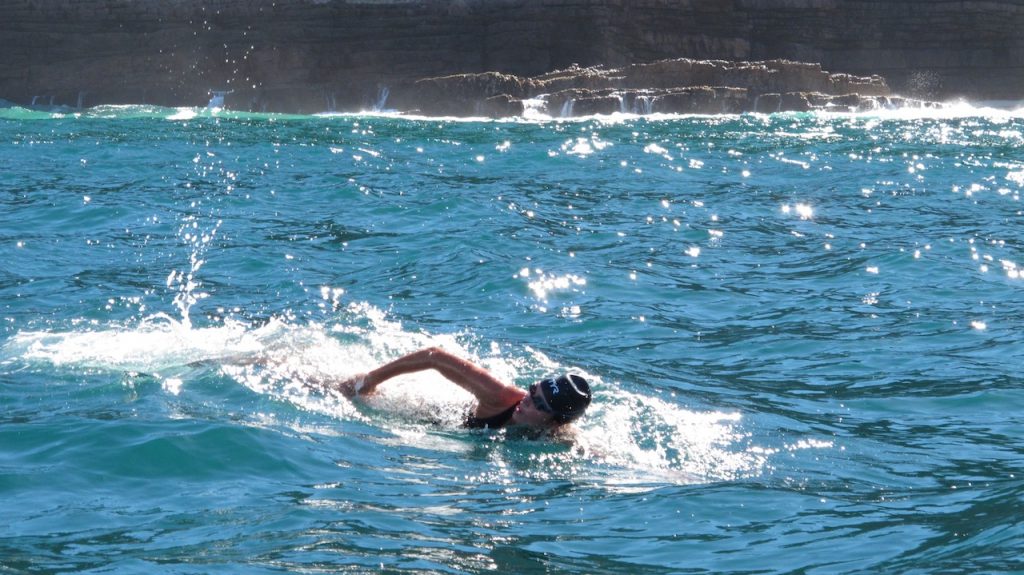 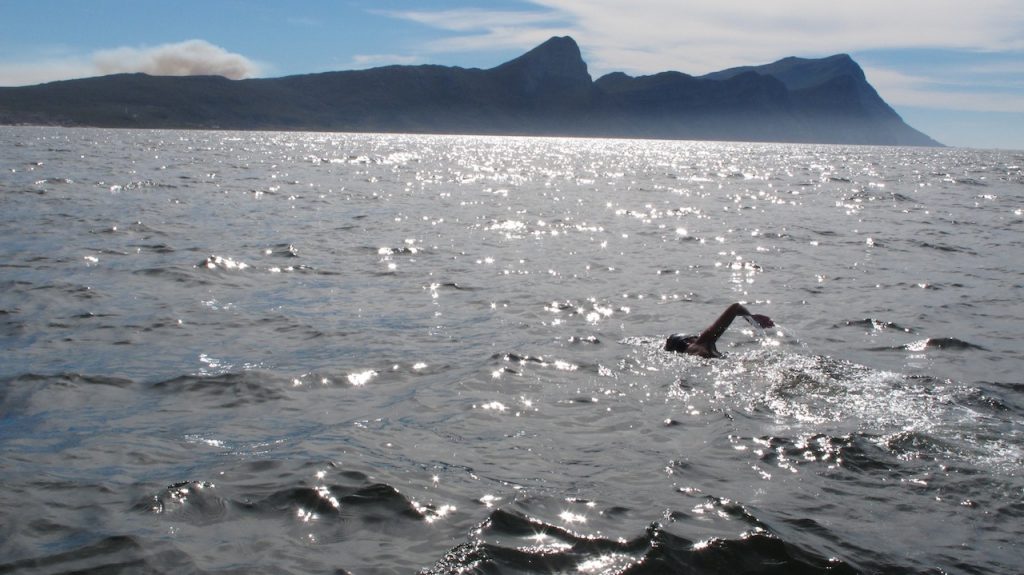 Bruwer and Sterling EQ actively support LFCT. And she is juggling more balls than ever before as the triumphant swim marked her return to open water swimming after a 6-year absence during which she became a mother of two. Her swim was only 16 minutes than the record she set for the same swim in 2004.

The extreme swim through rough, cold water and sharks, started at Dias Beach on the western side of Cape Point, and ended 8 km east at Buffels Bay. The water temperatures ranged between 11.5-14ºC (52-57ºF) posed the biggest challenge to Bruwer, but the massive surf off Diaz Beach, the schools of jellyfish, and strong currents around the point were also obstacles in her way.

Bruwer and her supergroup Sterling EQ just won a Ghoema Music Award for Best Instrumental Album of 2013. She is hoping to raise R25,000 for the Bag of Hope Project.

Bruwer’s Sterling EQ has four successful releases, over 600 live performances since 2008, and thousands of followers worldwide as one of the most successful instrumental bands South Africa has ever produced. The group has performed in 10 countries, shared stages with local and international icons, and has enjoyed extensive international recognition as well as local awards and nominations.