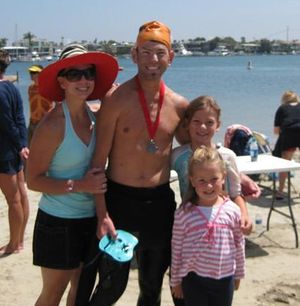 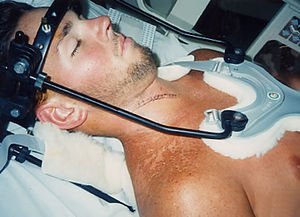 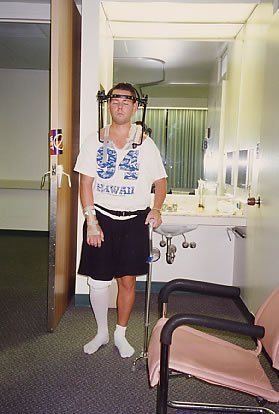 On August 20th, 1994, a relaxing Hawaiian vacation ended suddenly when Casey Kammel hit his head diving into shallow water of a pool and broke his neck. He sank motionless. Having crushed his C4 vertebrae, Kammel was immediately paralyzed from the neck down and was flown via helicopter to a trauma center on Oahu. At this point, he began a journey that would dictate the rest of his life.

Kammel endured extensive surgery to repair the damaged vertebrae. But the doctors told him that he would never walk again. The words were devastating on one hand, but led to a renewed vigor as Kammel refused to accept their prognosis. After spending three weeks in the hospital in Hawaii and another 26 days in Long Beach Memorial Hospital closer to home, Kammel was inexplicably back training. Still wearing a steel halo brace and confined to a wheelchair, Kammel was figuratively back in his comfort zone, training his clients at his gym and working out with as many machines as he could.

Dial forward nearly 20 years and Kammel is no longer in a wheelchair. His recovery has been beyond words. With dedication, hard work and intense therapy, he finally proved the doctors wrong. Maintaining a busy schedule and exercising daily, Kammel enjoys a healthy and active lifestyle.

Utilizing the experiences he gained from his turn in life, he is fully engaged in motivating others from within. He has turned his personal tragedy into triumph and has fulfilled his dream of creating Executive Fitness and Med Spa.

Despite his disability, Kammel has become a dedicated triathlete. In 2009, he attempted Ironman Coeur d’Alene where he failed to meet the swim cut-off time due to heavy winds and surface chop. He was told he could not officially complete the race. But even after his official disqualification, he channeled his tenacity as he has always done and jumped on his bike. 112 miles later, and finished the full marathon leg.

Ironman Kona is giving inspirational athletes a chance to share their stories and an opportunity to compete in its 2014 race. With his video below explaining why anything is possible, Kammel is among the 15 finalists out of over 200 applicants. “You will never walk again,” has been proven wrong big-time by Kammel.