Casting A Straight Line Out In The Sea 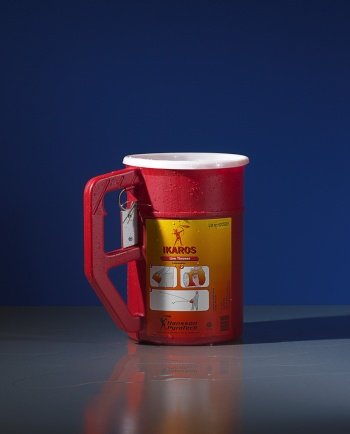 We have seen open water swimmers fighting valiantly through huge seas with rolling swells larger than two-story buildings. Channel swimmers in the Kaiwi Channel between Molokai and Oahu in Hawaii, or swimmers heading through the Potato Patch as they swim to or from the Farallon Islands near San Francisco also occasionally face arduous conditions rarely seen elsewhere in the open water swimming community: massive walls of broken-up waves with constant churned-up turbulence tossing them outside like a sock in a dryer.

And for many others, from the English Channel to the shores of Queensland, from the island of Jersey to Cape Town, have experienced the agitation of the open water where blustering day of strong winds brings the water to a boil. The bumpy, choppy, coarse ocean, the disorderly confusion of the sea, or the fierce ruggedness of a lake under siege from a storm are all myriad examples of swimmers have regularly faced.

Under these tempestuous conditions, the escort boats and safety personnel can get separated from the swimmer.

As the swimmer bobs up and down, over and under the waves, the escort crews are on full alert constantly keeping an eye on the swimmer. In some locations, a kayaker or paddle boarder are nearby the swimmer enhancing the visibility of the swimmer for the crew and upping the safety aspect of the swim. Other times, it is simply the swimmer, sea and a distant boat crew.

Under these rough water conditions, a line thrower might seem like a good idea for the escort boat to have onboard.