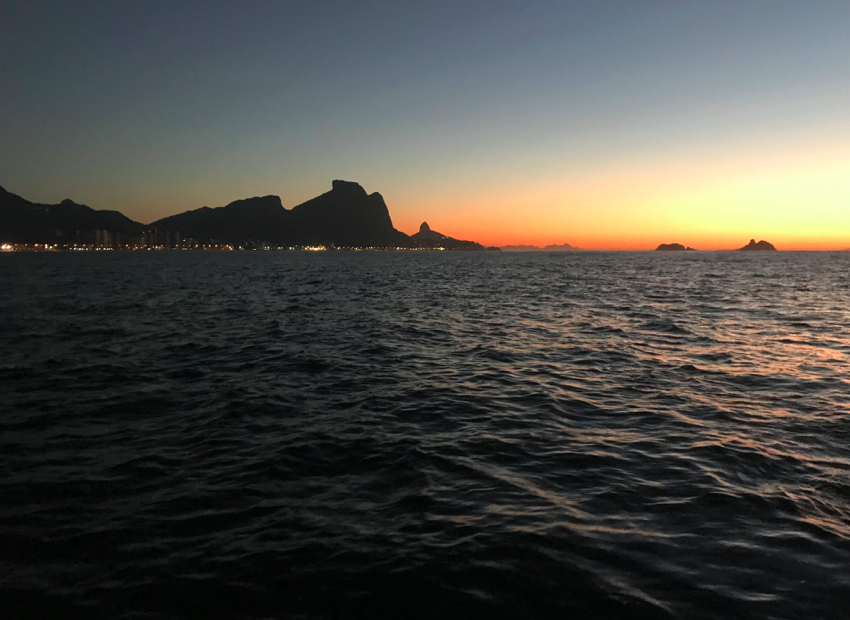 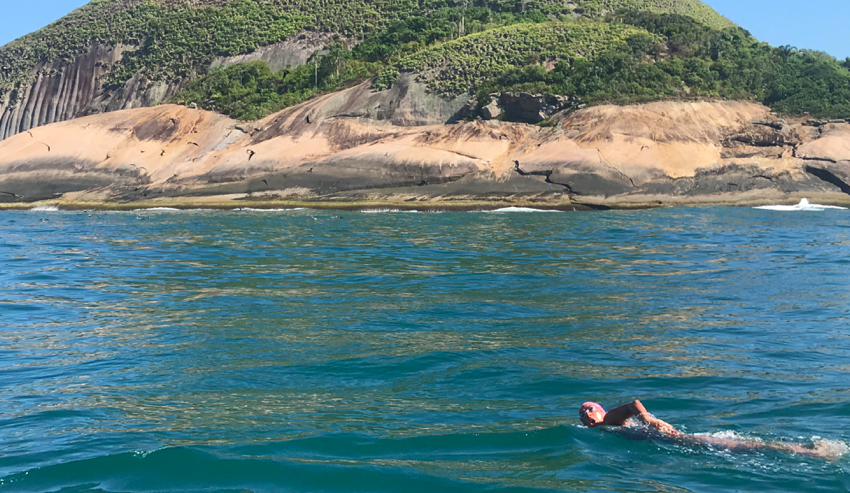 Catarina Almeida Porfírio completed the 36 km Travessia do Leme ao Pontal on January 28th on a beautiful, starry night along the coast of Rio de Janeiro.

Adherbal de Oliveira reports, “The conditions were good with a sea of 1 meter in height, ocean swell undulations and very weak winds. The current was also well aligned in the direction of the Pontal, helping Catarina. But Catherine still had to overcome jellyfish, night swimming in the night and the 36 km that stretches between the beaches of Leme and Pontal.

But right from the beginning, Catarina showed great calm and composure. She navigated expertly with the escort boat and, at each feeding stop, communicated very calmly with her coach Igor de Souza.

After many stings, she finished in 10 hours 14 minutes as the 22nd person and the 4th women without a wetsuit to complete the swim.