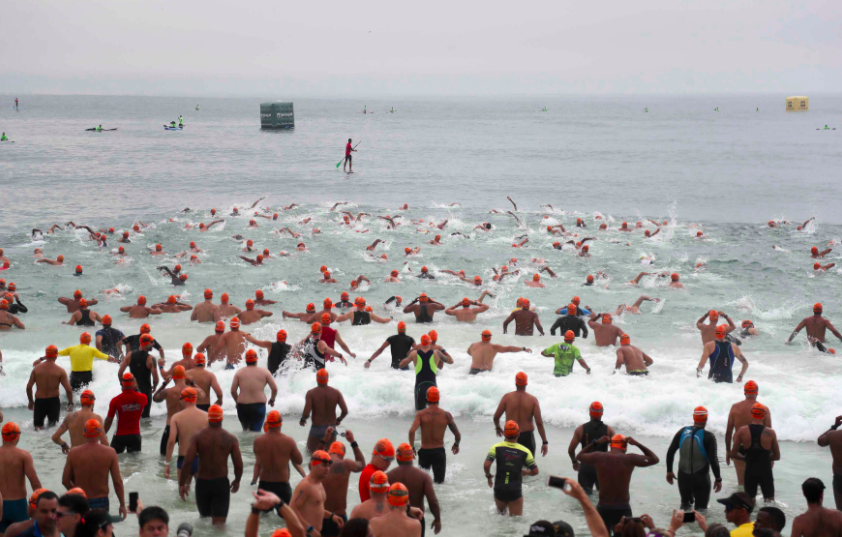 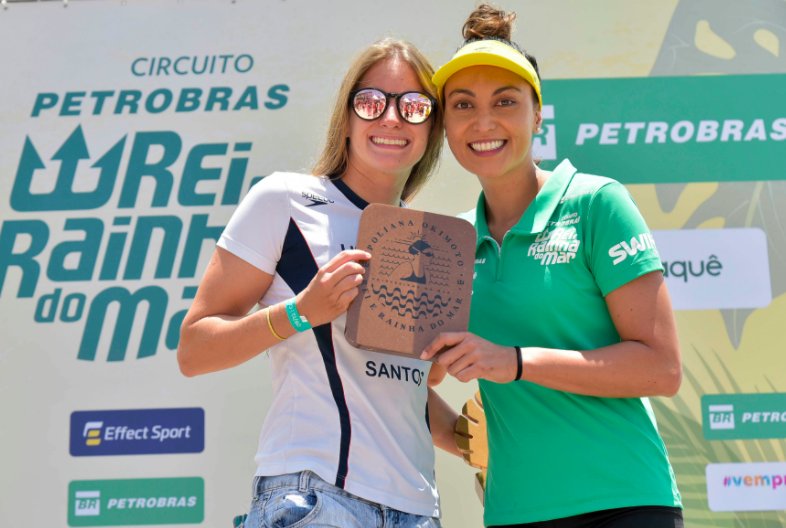 The longest race of the weekend was the 10 km Super Challenge where the winners received the new Poliana Okimoto Trophy in honor of the Olympic bronze medalist. Catarina Ganzeli [shown above] continued her winning ways after victories at the 24 km Maratona Aquática 14 Bis and Rio Negro Challenge Amazonia with a 2 hour 26 minute swim, finishing 5th overall. Gabriela Moraes in 2 hours 34 minutes 1 second was second and Beatriz Puciarelli was third in 2 hours 34 minutes 41 seconds. 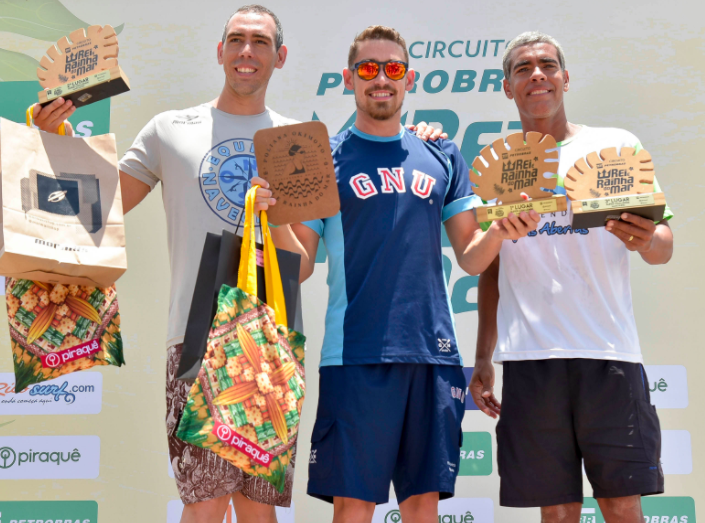 Matheus Evangelista of Grêmio Náutico União won the men’s 10 km in 2 hours 8 minutes with Luiz Felipe Lebeis in second in 2 hours 10 minutes and Artur Pedroza in third in 2 hours 11 minutes with 137 swimmers completely the 4-loop Super Challenge in the Atlantic Ocean with the water temperature between 16-18°C.

The full results of the event is posted here.

The elite professional competition was televised on TV Globo here, here and here [available only in Brazil].