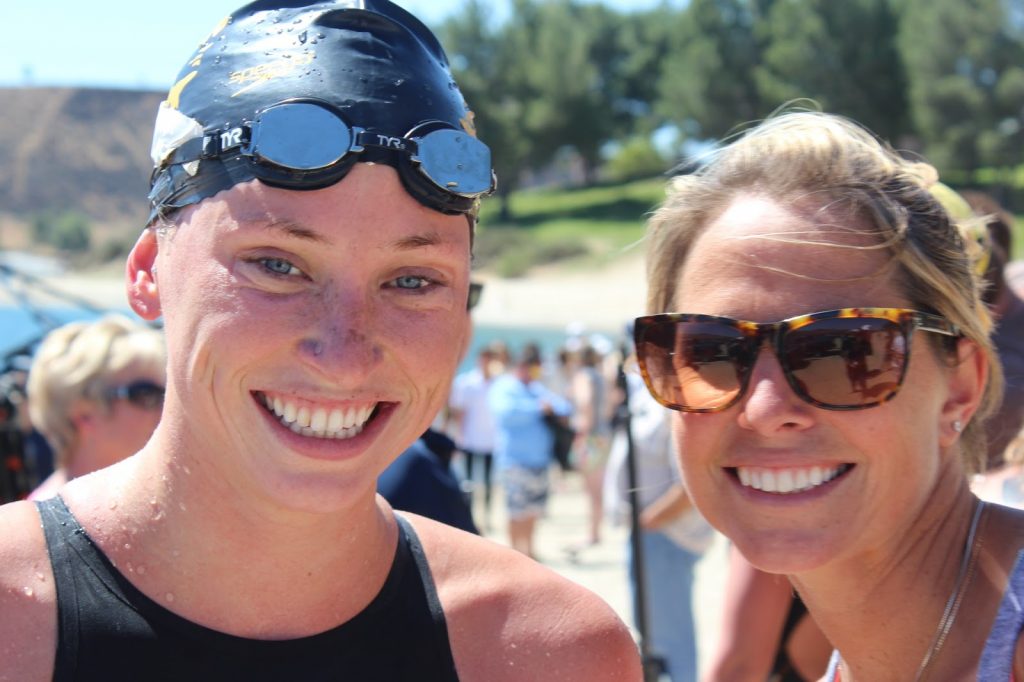 Not in recent memory has an open water swimming coach been so successful on the world’s stage as Catherine Vogt was yesterday in Barcelona.

Her coaching duties included coaching former USC Trojans Ous Mellouli and Haley Anderson each to gold medal victories in the 5 km races at the FINA World Swimming Championships. She even one-upped herself since she guided Mellouli to a gold and Anderson to a silver at the 2012 London Olympics marathon swim last year.

Looking back at coaching successes on the world’s stage, one has to go back to the 1970’s for something similar when Don Watson was coaching John Kinsella and Sandra Bucha to simultaneous professional marathon swimming victories on the pro circuit.

Even in the pool where there are many more events, it is rare for a single coach to see two club swimmers stand on top of the podium on the same day at a world championship or Olympics.

As part of a powerful coaching triumvirate that includes renowned Olympic Dave Salo and Jon Urbanchek at the University of Southern California, Vogt has now coached 2 swimmers – one female, one male, one American, one Tunisian – to medal finishes at both an Olympics and a FINA World Championships. Her colleagues at USA Swimming have handed the reins of the powerful USA Swimming National Open Water Swimming Team to her…and she is galloping off to victory after victory like the USC Trojan mascot Traveler.

Like her multi-talented athletes, Vogt is always on the move, effectively managing a lot on her plate. A mother of a young daughter, the University of North Carolina graduate and former distance freestyler understand the demands that her athletes face on a daily basis. She wakes up early for morning workouts, helps with recruiting, expertly guides her swimmers through injuries and self-doubt, nails down their taper periods, and fires them up for competition utilizing her own effervescent personality – a unique blend of mentorship and friendship.

“It’s a joy to coach these athletes,” recalls Vogt who is perennially positive. “I get to work with great athletes. At this level, they know what they want and they need to do.”

Her comforting blend of smiles when appropriate and intensity when necessary is working well. Very, very well.