A Cause Worth Swimming For – Japan to USA 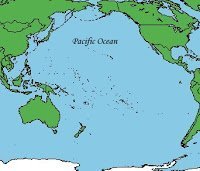 Three marathon swimming adventurers have crossed the Atlantic Ocean using the strength of the ocean currents: In 1998, Benoit Lecomte traveled 3,716 miles from Cape Cod, USA to Brittany, France in 73 days, stopping at the Azores Islands. In 1991, Guy Delage swam and floated 2,335 miles alone from the Cape Verde Islands to Barbados. Most recently in 2008, Jennifer Figge traveled from the Cape Verde Islands to Tobago in the Caribbean Sea.

Dan Martin, a British adventurer will attempt his unique attempt on the Atlantic Ocean next year: a swim of 5,800K (3,603 miles) from New York to France admirably following the standard and more restrictive rules of stage swimming.

That is, instead of getting on an escort boat and floating across the ocean when he is resting, sleeping and eating, Dan is going finish each day’s eight-hour swim and then mark his position by GPS. His boat will literally drop him back into the ocean to begin the next day’s swim at the precise spot he finished the day before.

But Richard Pain has an even greater goal: swimming across the world’s largest body of water, Pacific Ocean.

ABC News reported that the Australian filmmaker will swim between Japan and the west coast of the USA in a giant plastic bottle to draw attention to the problems of global warming and plastic pollution.

In an interview with ABC News, Richard said, “My plan is to build a giant recycled plastic water bottle out of thousands of smaller recycled plastic water bottles, and then use that as an enclosure or shark cage to then swim from Japan to America, through what is called the North Pacific Gyre or Great Pacific Garbage Patch. “It’s an area, and some estimates vary, at least the size of Texas, full of plastic… down to about a depth of six metres, so it’s an environmental catastrophe. Basically there are four currents in that area of the Pacific that circulate in a clockwise direction and they aggregate all this plastic in to this central becalmed area called the gyre.”

Richard’s plan is bold and visionary, but we can think of a myriad problems besides swimming through the Plastic Vortex that he will have to overcome.

Based on his announced plans of swimming five days per week for 8-10 hours per day with the goal of swimming 40K per day over a six-month period, and assuming the distance between Japan and the west coast of America is 8,800K (5,470 miles), he will swim approximately 800K per month or 4,800K over the six-month period. This will leave him with 4,000K to float along the currents of the Pacific Ocean.

Besides the difficulty in catching these currents consistently across the Pacific Ocean – hopefully in the right direction – Richard will have to carry a tremendous amount of fuel of his escort boat and will have to raise a vast amount of money to underwrite this challenge.

We truly wish him well and admire his sense of mission.