Celebrating Birthdays All Year Round 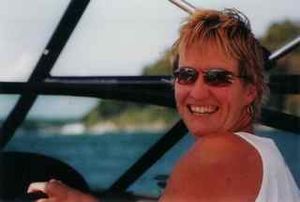 It seems Americans like getting things completed early in the work.

Sunday is the least popular day. Part of this reason is that induced labors and scheduled c-sections play a significant factor on why why many fewer weekend births. But according to the available data, the spontaneous (natural) deliveries even occur less often on the weekends too.

In terms of when babies are born, the data shows that more American babies are born in September than any other month. Then August, June and July were the next most popular months for births up to the year 2008.

But with 4 million babies born each year in the United States, and an estimated total of 370,000 new babies being born each day around the world, every day is a birthday for at least a few hundred open water swimmers in the U.S. and around the world.

We took one sample of birthdays last week – and the following swimmers celebrated another year of open water swimming opportunities: