Celebrating The Career Of Poliana Okimoto

Poliana Okimoto gave a speech of gratitude and appreciation at the 2017 Rei e Rainha do Mar event (King and Queen of the Sea) on Copacabana Beach in Rio de Janeiro, Brazil.

Pedro Rego Monteiro and Luiz Lima, organizers of the annual event, honored the Brazilian bronze medalist in the 2016 Olympic 10K Marathon Swim at the site on Copacabana Beach where she realized her Olympic dreams.

The event organizers initiated the Poliana Okimoto Trophy, a new annual award given to the male and females winners of the 10 km Super Challenge ocean swim at the Rei e Rainha do Mar event.

Many of the 3,500+ athletes who participated in the Rei e Rainha do Mar signed a big poster celebrating the career of Okimoto who will be retiring at tomorrow’s final race. At the event, Okimoto was honored along with her mother and father [see below]. Her new biography, written by Daniel Takata Gomes and Hélio de la Peña, was just released and describes her successes, challenges and obstacles throughout her life and career [for more information, visit here]. 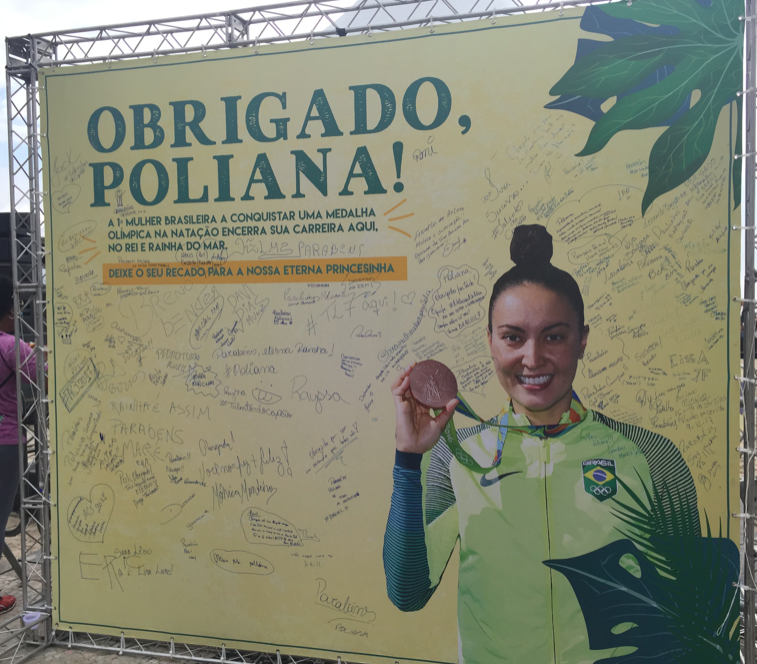 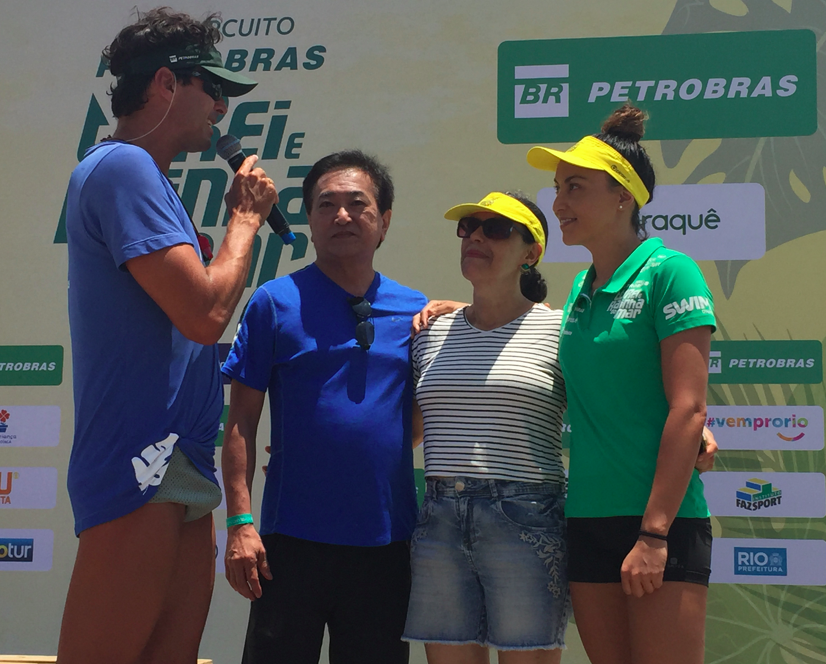 For more information about the Rei e Rainha do Mar, visit here.