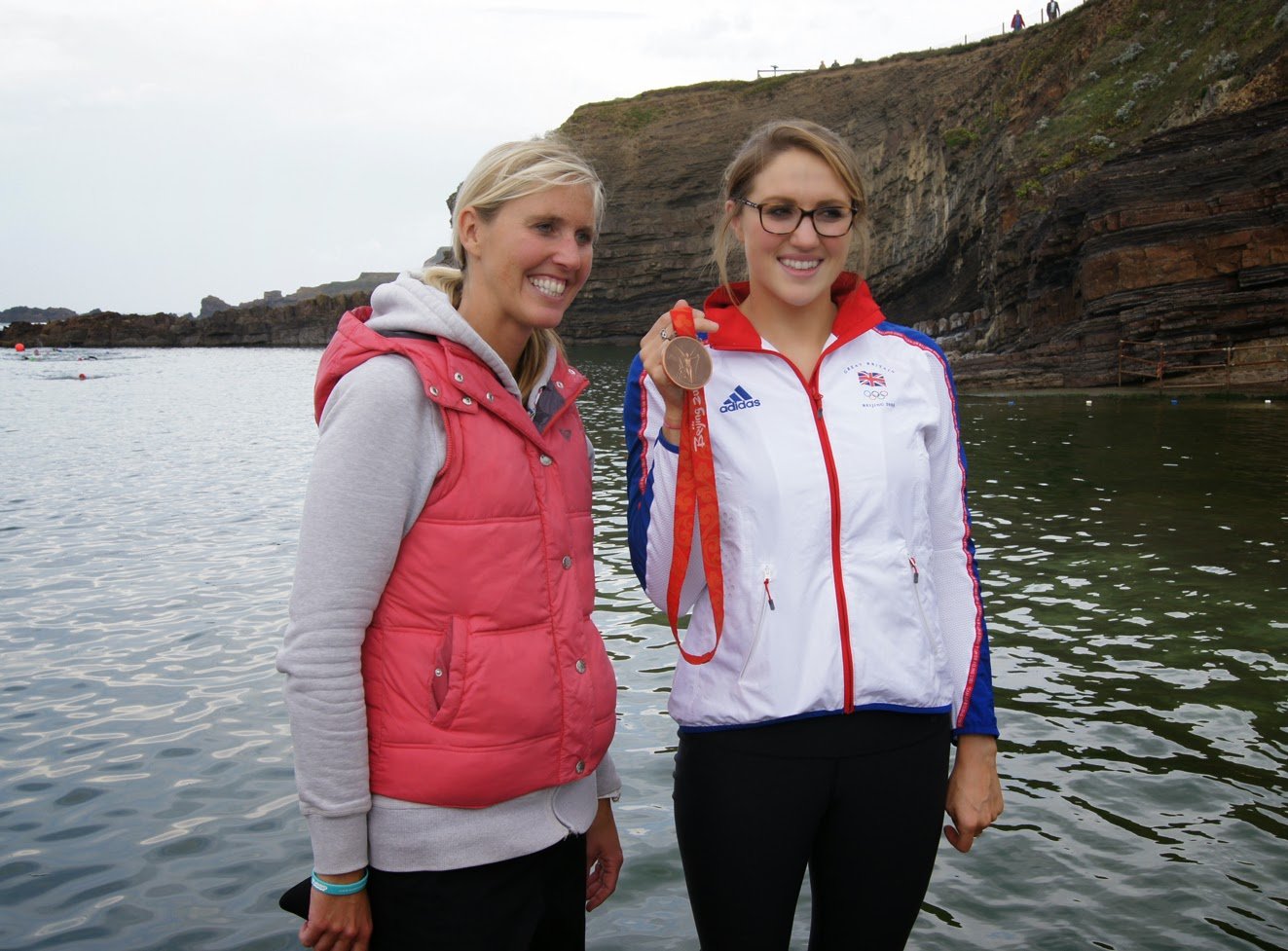 Following the success of their first Charity Channel Challenge in 2013, the Friends of Bude Sea Pool (FoBSP) are hosting a second event on October 4th.

Relay teams will take the plunge into sparkling sea water swimming their chosen distance – a mile or more. Their aim is to complete 22 miles in the water to replicate a crossing of the English Channel, raising funds for their Sea Pool with every stroke.

2008 Olympic 10K Marathon Swim bronze medalist Cassandra Patten and actress Joanna Scanlan (Doc Martin, Getting On and Midsomer Murders, and The Invisible Woman) are leading separate teams among those taking the plunge into the chilly waters of this year’s Charity Channel Challenge.

A total of 18 teams have entered this year’s Channel Challenge. Six are local teams with others coming from all over England – Coventry, Bournemouth, London, and Watford. Up to 200 swimmers will face up to the elements.

Last year the teams swam through sunshine, showers and a small thunderstorm finishing by 8 pm. Each team completed 440 lengths of the part-natural pool which nestles under the cliffs on Summerleaze Beach at Bude. This year, the relays are expected to start before the morning’s first light and are likely to continue until early evening.

FoBSP donations are made here.

The Sea Pool at Bude was created in the 1930s to provide safe swimming at Summerleaze beach. It’s open access from the beach and is free to use. The sea-water pool is nearly 100m long and is topped up twice a day at high tide. Very few tidal pools of this type still exist around the world: just a handful are still open to the public.

In recent years, Bude Sea Pool was run by Cornwall Council, but funding for the pool was withdrawn leading to its possible closure and demolition. A volunteer, not-for-profit community group, the Friends of Bude Sea Pool, was formed in 2011 to secure the Pool’s future.

Responsibility for the Sea Pool was formally passed to Friends of Bude Sea Pool in 2012. Since then FoBSP have successfully completed a number of urgent renovation and structural improvement projects, including vital H&S upgrades, a new watergate and extensive repairs to the sea wall following years of neglect under the previous management. Further renovation work planned for 2015 is likely to cost £60,000. Annual membership of FoBSP costs £10 for adults, £5 for under-16s, £25 for families.