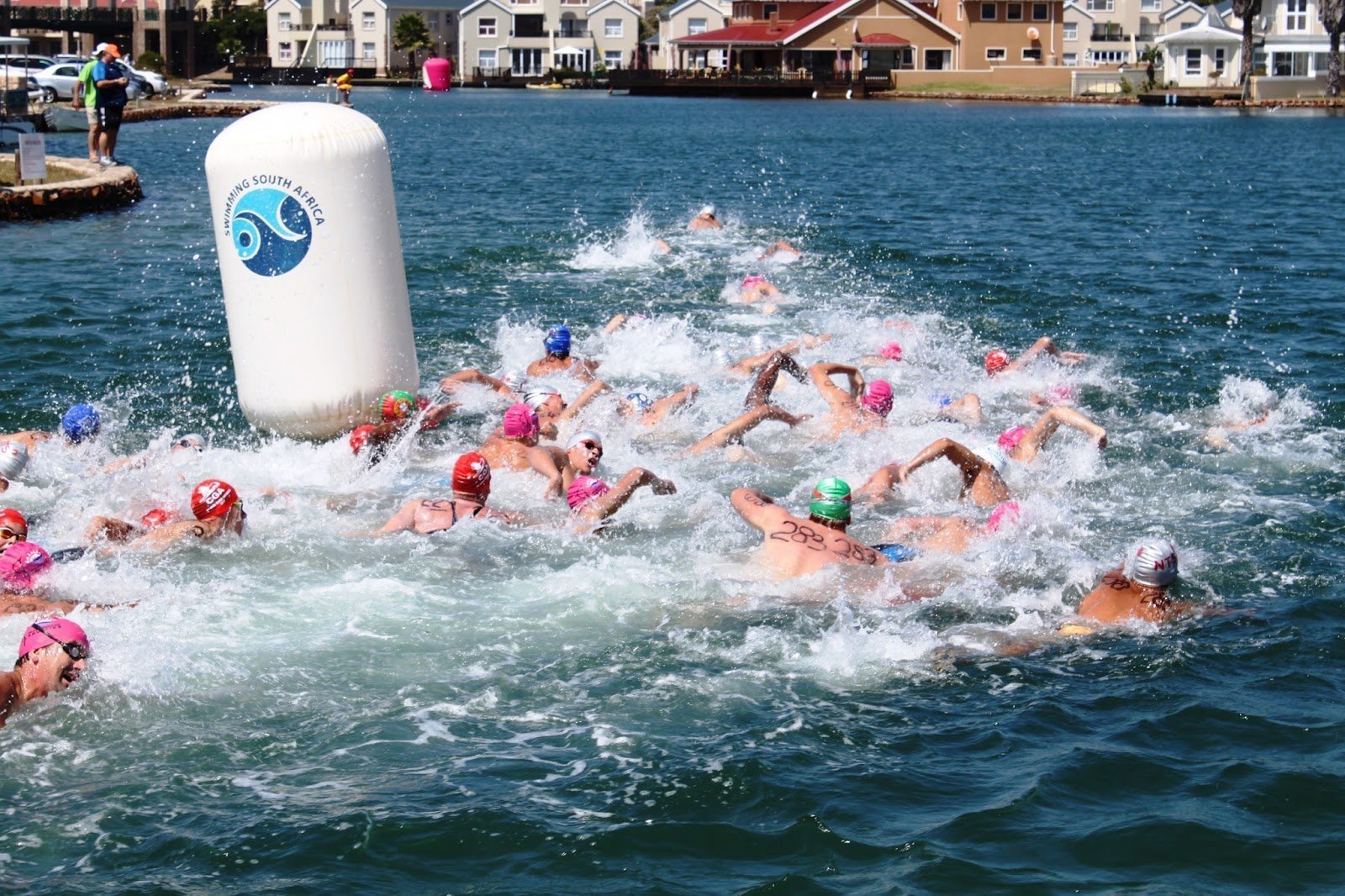 Marina Martinique at Jeffreys Bay was the venue of the 2017 South African Open Water Swim Championships where 3 km, 5 km and 10 km races were held in smooth-water conditions.

Chad Ho comfortably won the 10 km race in 1 hour 51 minutes and turned his focus on this spring and summer’s international races. Nico Manoussakis finished second in 1 hour 52 minutes with Danie Marais in third.

“Marina Martinique is a very interesting place to swim and can get quite technical with the various turns and winding canal walls. As a swimmer you have to keep focused on the course, as well as your competitors,” said Ho.

In the 5 km event, Marais out-sprinted Ho. “The last 400 was like a sprint till the end. it was every man for himself. I took a good line and got lucky and won the race. I tried to attack a lot during the race, but Chad Ho and the other leaders always caught me at some stage,” said Marais.

In the women’s 5 km swim, Kinghorn barely beat Weber in a physical race.