Changing The Future Landscape In The Water 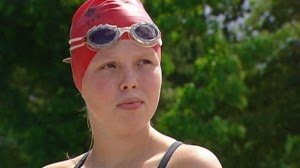 “We are living in the world where 60% of the jobs of tomorrow do not exist today,” describes Vipin Thekkekalathil, the Director of Parent Programming at Ashoka’s Catapult.

How are the young people of today preparing for a future that their parents never had to experience or even could imagine?

“I think it is increasingly clear that young people of today have to invent their own work, they have to become more entrepreneurial than previous generations,” adds Tony Wagner of the Harvard Innovation Lab.

So how can young individuals use their swimming experience to develop these skills and mindset suitable for a bright economic future in an uncertain world?

We think examples of these success are young swimmers like Annaleise Carr who set out to execute and finance their own swimming expeditions. Teenagers like Charlotte Samuels, Trinity Arsenault and Lachan Hinds capture the attention of the media and generate inspiration among young and old alike. They all are the linchpin to creating support teams, both on the water and on land, both in person and in the virtual space. Those skill sets and experiences will carry over to their adult lives and will provide beneficial in myriad ways.

“A big idea with a good entrepreneur; there’s nothing more powerful,” believes Bill Drayton, the CEO and founder of Ashoka.

Likewise, planning and following through on an unprecedented swim by a motivated swimmer is similarly powerful. These efforts strikes the imagination of swimmers around the world and local support teams. The combination of effort and vision are a truly powerful combination, both on land and in the water.