Channel Swimming In The Year 2050 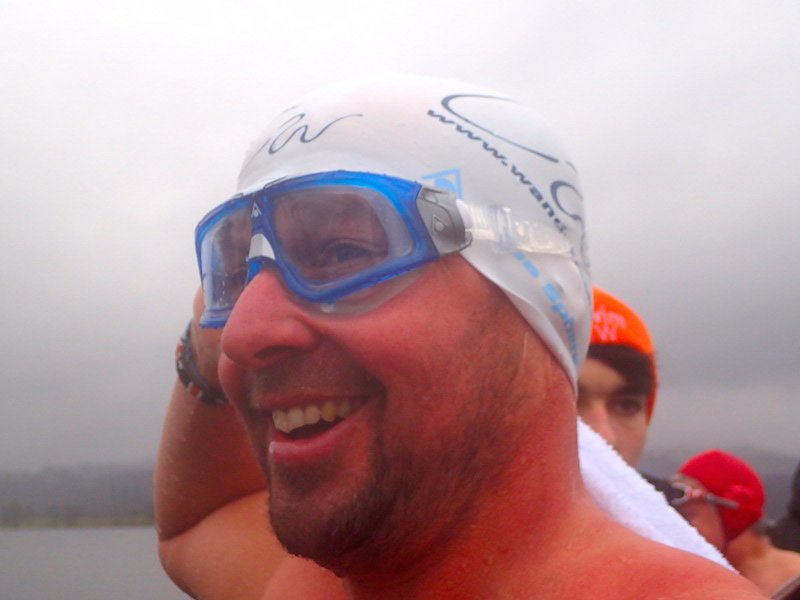 Channel Swimming In The Year 2050

Matthew Smith just got off his 3-hour transatlantic flight in LAX from Manchester, England.

Smith felt good – he was able to barter for a full-flat seat during the flight in exchange for a gourmet full vegan meal with the passenger in seat 15B.

Upon landing in LAX, Smith sent his positive thoughts to his wife Shannon. Those thoughts appeared on her dashboard of her personal mobile vehicle in London. Shannon smiled in relief that her husband felt fine and was ready to go for his channel swim. Her response was transcribed immediately as a heart on the Apple Band that Matthew always wore.

Matthew always wanted to try the new California hovercraft released by Boeing so he checked out the prices and models on the holographic hovercraft center at LAX.

He decided to splurge and went for the iBoard 6a that was qualified for flight up to 100 meters in altitude. From LAX, Matthew took the 405 Hover Passage straight to Avalon on Santa Catalina Island.

En route to Catalina, Matthew cruised just above the water surface on the Pacific Ocean to get a better idea of the conditions of the Catalina Channel that he would soon be facing. He keyed in his GPS coordinates and checked out the latest version of the Marine Life Finder. He cruised northward to hover over a huge pod of dolphins. It was great to hover only a few meters over the pod and watch the dolphins playfully look up at him. But the wind was getting a little chilly and he didn’t want to spend too much time hovering over dolphin pods in the Pacific.

He had other things to do.

It didn’t take him too long to reach the island, but instead of heading straight to his hotel, Matthew decided to check out the famed bison on Catalina. He switched over from Marine Life Finder to Mammal Finder and quickly swept over the hills under he found the hairy beasts that were somewhat smaller than he imagined.

It had been a long day, rising this morning in Manchester and taking a quick flight over to Southern California so he zipped over to his hotel and checked in. By the time, he grabbed something to eat and headed back to his room, his support crew was waiting for him on Skype Meeting 51.0.

Forrest Nelson, now in his 80s, was prompt as usual and pouring over the oceanographic database in deep thought. Nelson’s virtual presence filled the room as it always did back in the early part of the 21st century when support crews actually met face-to-face in person.

But times and technologies change and contemporary channel crossings team nearly all met virtually after the year 2042 when Skype partnered with Facebook’s HTS (Holographic Transmission Service).

Captain George was kicking back in his chair, serious as ever although he rarely left his home in Long Beach anymore. Climatologist Charlie was hunched over a screen, together with Nelson, rapidly changing assumptions. The duo were reviewing Matthew’s training log over the last several months. Charlie had noted Matthew’s EPOS (Estimated Probability of Success) score was only 68%, primarily based on his missing several weeks of training back in the early spring.

The team wanted to know if Matthew was comfortable to start with such a low EPOS.

“This is my last shot,” answered Matthew. “I need to spend more time with my wife and she deserves it. It is now or never.”

The clear reality of Shannon’s holograph could not hide her blushing in embarrassment. But she was also so excited to spend more time with Matthew who had spent his 70s completing six of the seven channels of the Oceans Seven.

“Well tomorrow the conditions look ideal for the first 6 hours, but then the winds will come up and will drop your EPOS to 68%,” said Forrest. “If possible, you may want to wait a day and then your EPOS will shoot up to 76%.”

“Honey, what do you think?” asked Matthew. “Should I wait a day?

“Matthew, it is all up to you,” answered Shannon. “I know how much this last swim means to you. After your Molokai Channel crossing, I thought it was all over when those nasty box jellies got to you.”

“Matthew, we have had several readings that the box jellyfish will rise from 450 feet to the surface about 7:58 pm. But it is only an estimate because this new strain of box jellies can act out of character in the 28ºC (82ºF) water we are experiencing this month in Catalina. Also, the jellies are not as photo-phobic as the various Atlantic strains – they generally stick around the surface of the water until the brightness level hits around 7:40 am,” explained Charlie.

“If you want to go old-school and swim without the Yanagihara Cream, you can give it a shot. But if you get stung, we will have to do an in-the-water excision biopsy of the box jelly barbs as you tread in the water. There is generally no bleeding, but the excision is not a pleasant sensation to say the least,” said Nelson who had developed the automated surgical modality in the 2030s. “At your age, we recommend that you just start the swim with a lathering of Yanagihara Cream.”

“I am a traditionalist,” replied Matthew. “But I want to get this Oceans Seven challenge off my bucket list. If I can get across Catalina and knock off this Oceans Seven tomorrow, then I will crack the Top 10 among the oldest men to complete Oceans Seven.”

“We hear you Matthew,” said Forrest. “But if put on the Cream, you have nothing to worry about.”

“Ok. We will use it. Is the aerosol version available?“

“Yes, you can message York Services and it will be delivered to your room by drone within the hour.”

“So what time should I leave?“

“We suggest leaving the hotel by 10 pm,” explained Selby. “York Services can pick you up in Avalon and hover you over to the start point. It is all automated and you can fire up the hovercraft with your thumb. It was sunny all day so the Escort is all ready to go.”

“The Escort has a hybrid drone attached. It can take both aerial photos and underwater photos of you anytime,” added Nelson. “But we suggest that you don’t use the drone for streaming your entire crossing. Just call up the drone when you want to take your aerial and underwater photos. The Marine Life Finder can signal to your goggles when turtles or dolphins are in your proximity. It can even capture photos of whales that may be cruising far beneath you as long as the whales don’t dive below 100 meters.

But as the sun rises around 4 am, we suggest that you fire up the drone and Marine Life Finder. Have the drone skim the surface 50-100 meters ahead of you so it can identify the box jellies or any other venomous creatures. Most of the time the Marine Life Finder can pinpoint the jellies and alert you in time, but every now and then an errant tentacle gets through and can sting you
.”

Charlie added, “Instead of using the drone, we can live stream your entire swim from the Eye In The Sky. But keep in mind that with the heavy summer traffic, we have to put in a request at least 30 minutes before your start and give the Eye In The Sky your coordinates.”

“Please send the Coast Guard the request for the Eye In The Sky,” directed Matthew.

“The Escort has your drinks and gels onboard already. We always supply enough for your crossing, but we suggest that you take an extra food for after your finish on the mainland.”

“After I walk onshore on the mainland, how long will it take to walk from the finish point to take a bath at Terranea Resort?”

“About 10 minutes depending on how you feel,” explained Forrest. “We can send down a Welcome Party to greet you at the finish but you booked this crossing as a Solo Swim so it is just you and the Escort. The Welcome Party can always be arranged, but we need to book it before you are halfway across. During the summer, we now have between 15-20 people crossing Catalina every day and our Welcome Party crews can get pretty busy. We can, of course, send holographic substitutes and Lynn will be coordinating all observations activities and ratification documents as she normally does.”

“Lynn, where will you be during my crossing?”

“I will be at home as usual as I am getting up there in years,” replied Kubasek who recently broke Simonelli’s record for channel observations at 1,438 total since 2005. “But our tracking system will monitor every moment of your event. The Escort will record every stroke and stream it to your wife, friends, and the Catalina Channel Swimming Federation observation team in near real time. The sensors on the Escort will record all your intakes – calories, liters of air breathed in – and will alert you to stop for your feedings.”

The Escort we use in Catalina is the type the Farallon Islands Swimming Federation uses, so it is equipped with everything you need to swim solo. Tomorrow, we have 18 people out in the channel and 21 relays so there will be a lot of swimmers out there. Each of you will have your own Escort, but at only 2 meters long, it will be hard to sight other Escorts unless you are really close to the other swimmers.”

Your drone is capable of carrying only 75 kg, so if you want to stop at any time, just use the drone to keep you afloat – if you are really tired – until we can send a hovercraft to bring you to shore. Depending on where you are in the channel, it usually takes less than 15 minutes for the hovercraft to get to you.”

“But both the Escort and Eye In The Sky constantly monitor all your vitals,” described Nelson. “We plot it against your biometrics in the database, so we have an excellent idea of your physiology throughout your swim. We will know you are in trouble before you do.”

“Don’t worry, Matthew. You’ll make it. I love you. See you at Terranea,” popped up the thought message on Matthew’s Apple Band.