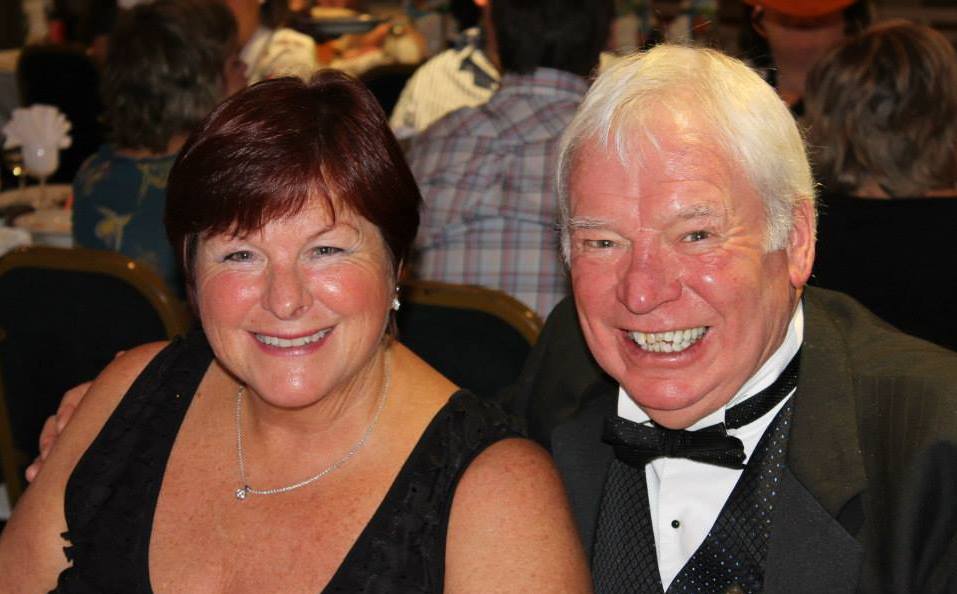 His election came as no surprise to those who have benefitted from his decades-long experience in the open water community or been elevated by his wit and humor.

Gravett will join his wife Sally as one of the few husband-and-wife duos inducted in the International Marathon Swimming Hall of Fame (following Roger and Valerie Parsons as well as Ray and Audrey Scott).

While his wife Sally was voted in as an Honour Swimmer in 2005, Gravett followed up as an Honour Contributor for his lifelong work as an administrator of the Jersey Long Distance Swimming Club and a prolific escort boat captain. Over the course of his career, Gravett has planned and escorted dozens of solo marathon and channel swims and relays around Jersey (Round Jersey) and channel swims from Jersey to France.

He has also, very importantly, helped establish the isle of Jersey in the English Channel on the aquatics map as one of the inevitable stops for globe-trotting marathon swimmers. His expertise and experience is invaluable, always sprinkled with a healthy dose of humor, history and humility – all qualities that has made him an inevitable choice to be inducted in the International Marathon Swimming Hall of Fame.

Gravett is most definitely a man for all seasons wearing all kinds of hats – doing whatever is necessary – to support the sport of open water swimming, from piloting to administering to encouraging and teaching.

“He makes you think, he make you laugh, he makes you better,” says International Marathon Swimming Hall of Fame voter Steven Munatones. “He is a historian, an inspiration, and he helps people enjoy the sport. It is without question that this honor is well-deserved.”