Charlotte Brynn Anything But Aglifft 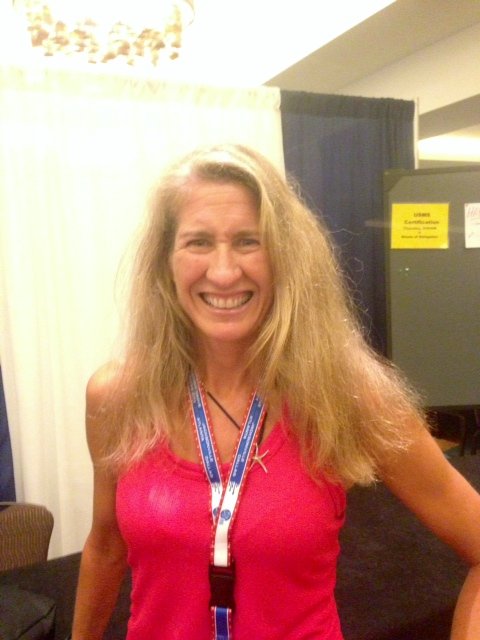 Charlotte Brynn Anything But Aglifft

Courtesy of Grandiloquent Word of the Day.

Aglifft is an English term meaning to be frightened or alarmed, or to be startled.

Its usage can include a sentence like, “The swimmer became immediately aglifft during the shark encounter.”

But that was not the case with Charlotte Brynn who found herself swimming at night off the coast of Catalina Island in the early stages of her 2013 Catalina Channel crossing.

During her swim from Catalina to the California coast, Brynn was hit by a shark in her swim late at night. The bump left a scar and a tooth on her hip. But she keep swimming and did not get out despite the blackness of the evening and the turbulence of the ocean. Brynn stroked on for another 11 hours before being calling her swim for hypothermia.

Brynn talked about her night out in the Catalina Channel on August 29th 2013 when she was unexpectedly interrupted along the way by a shark. “I knew I’d been hit, but I didn’t know by what, but it was painful unlike anything I had ever felt before. It clamped on to what felt like my whole left side. Whatever it was, it let go and I kept on swimming.”

Brynn started at 12:15 am in the wee hours of the morning during pitch black skies off Catalina Island. “I got hit within the first hour, it stung, it was throbbing. I felt like a got smacked with a wide piece of lumber. It was hard and it stung. But I was focused and did not break stroke. I am geared in. But I start to get hip cramps and my shoulders start to burn, so put it out my mind.

Finally, they make it back to the car and she drag myself in the back and sit down. I was in my sweatpants. I wanted to get the grease off of me so I started taking the grease off and then noticed that I had a couple of puncture wounds and, suddenly, I got something sticking in me. And something popped out of my hip, tooth was sticking out. But she still didn’t know what it was. She couldn’t imagine it was a shark’s tooth. ‘Hey, look I found a crab claw,’ I said to my friends. Doesn’t it look like a crab claw?
”

By this time, Brynn and her crew had been up almost 30 hours. “Everyone was getting a big giddy and laughing at anything.” Then reality hit: “I got bit by a shark.”

After getting checked out, Brynn went to the marine biologist who works in a nearby aquarium on the Manhattan Beach Pier. Later she was interviewed by and shared information with shark investigation researchers at the International Shark Attack File in Florida and the Shark Research Committee in California.* “I had a big bruise on my hip and a bit of shark’s tooth embedded instead. The biologist said there was a lot of squid running and the shape of the bite was the same as the leopard shark. I have no reservations to get back in the water. It was pitch black when the shark hit me, but I was focused and I always need to get fuel. When I got a call from a shark researcher, he was so happy that I was alive. He said, ‘I am really happy to talk to you.’“

Brynn’s focus during the swim is nearly indescribable. After the encounter late at night when darkness enveloped her shortly after leaving Catalina Island, she swam another 11 more hours before being pulled for hypothermia – not because of the remnants of the shark tooth in her torso. She never told anyone on her escort boat about the shark bite during or immediately after her swim this Thursday night. She only informed the Catalina Channel Swimming Federation after she confirmed the tooth came from a 5-6 foot shark.

She explained the encounter, “Do I want to erase the experience? It’s not possible, that dark night is etched in my memory forever. It’s another way I live my life: stand tall in the face of opposition, particularly after being bit by something in the black of the night. If they tell me I was hit by an aquatic Mickey Mouse that went rouge from Disneyland and not a shark at all, so be it. It won’t change anything for me, the experience is tattooed in my memory bank, nothing I can forget.”

* Although it was first reported that a leopard shark was responsible for the encounter, subsequent research by the shark investigators has indicated that the type of shark was most likely not a leopard shark.