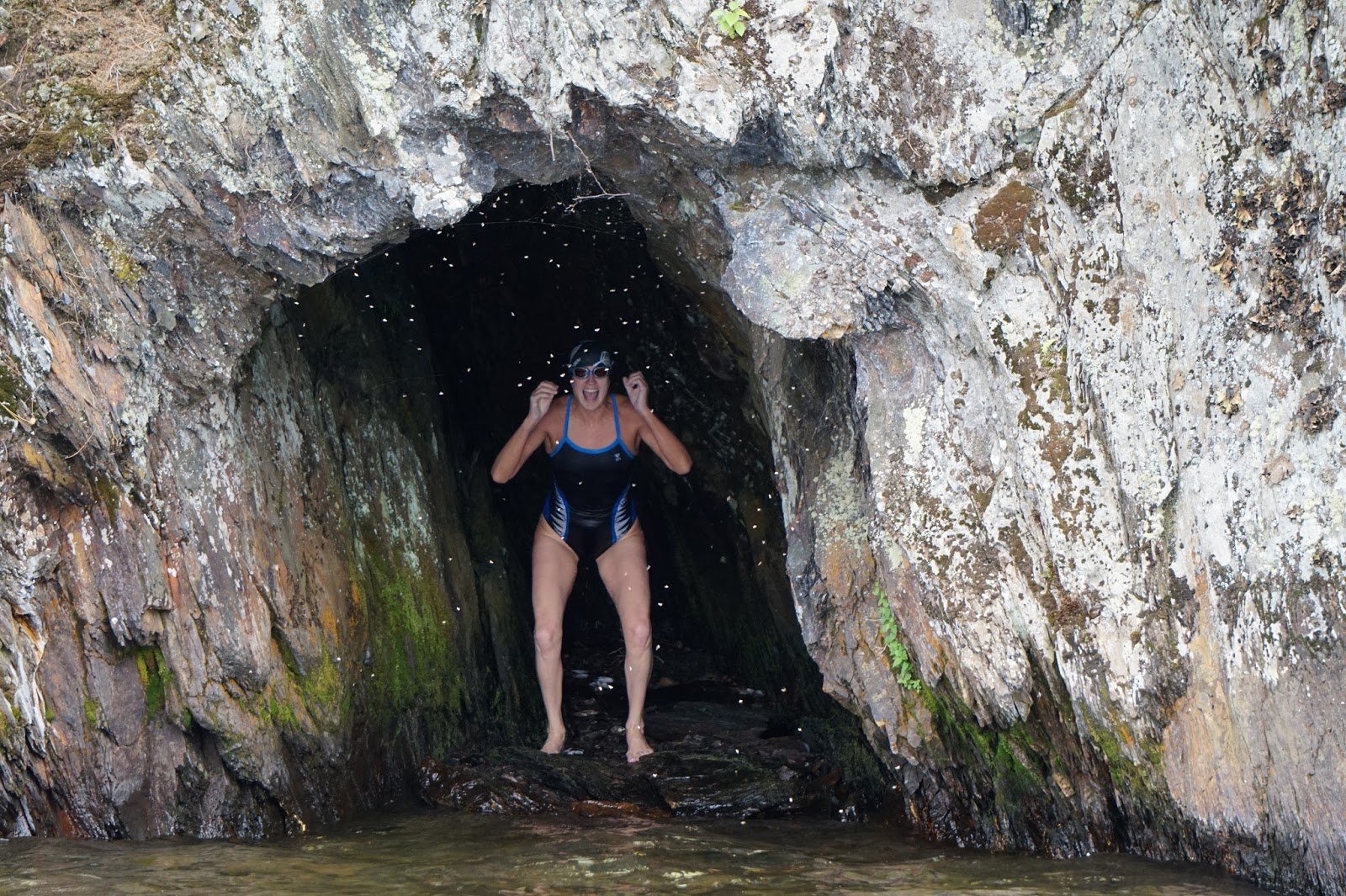 “I can only describe the event as epic. Swimming across the border from USA, into Canada was such a rush. Add in the history of Skinner Island and you have a real adventure on your hands. I swam much of the 18 miles with a grin.

I was imagining Uriah Skinner smugly hiding himself, his brandy and silverware in the back of a cave, while the U.S. officers hunted for him all over the island in 1808. Then him, watching from the darkness of his cave, as the officers found his beloved boat, and towed it away, leaving him on the island to perish. Unable to swim, he would be prisoner for life, and the island would be forever named after him.

I was very pumped to land in Skinner’s cave; the cave is phosphorescent in the dark which was so cool

Brynn swam from the City Dock in Newport, Vermont across the U.S.-Canadian border to Smugglers Cave on Skinner Island, in Ogdon, Quebec and back to Newport. Phil White recalls her swim, “She started at 5:52 am swimming north under overcast skies and light winds from the east. She completed the 18-mile double crossing in 8 hours 35 minutes that included a 5-minute stop in Smugglers Cave at the turnaround.

Using a protocol allowing for pre-authorization, Brynn was able to swim into Canada without having to stop at the Leadville Wharf. They called in by mobile phone to report their crossing to Canadian border Officials. This is a protocol that has been worked out over the years and makes these border crossing swims possible

White details the history behind this swim. “In 1808, Uriah Skinner was rowing some brandy, lace, and silverware across the border late one night when he spotted some British patrolling this border lake. He ducked into what’s now known as Smuggler’s Cave hoping to avoid capture. The cave was covered with vines. The British found his boat but were unable to find Skinner. They took his rowboat and departed.

“It is just way too cool not to want to swim it, enter the cave, sit on the rock where Uriah Skinner sat two hundred years ago and then swim away and back to Newport,” says Brynn.