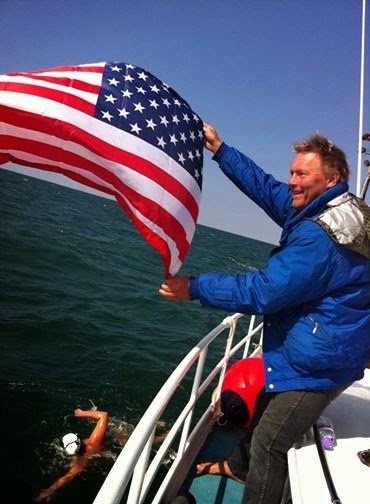 It seems records are being set and broken with greater and greater frequency in the sport of marathon swimming. On the high end of the scale, it was only a few years ago that Great Britain’s Dr. Roger Allsopp set the record for the oldest swimmer to cross the English Channel at the age of 70.

Then Australian septuagenarian Cyril Baldock broke his seniority record a few weeks ago, only to see break Dr. Otto Thaning of South Africa break the record once again when he crossed the English Channel at the age of 73 years.

On the other end of the marathon swimming spectrum, young American Rendy Lynn Opdycke created quite a stir among the highest echelon of marathon swimmers when the 24-year-old completed the Triple Crown of Open Water Swimming in a 35-day period in 2008.

But this year, Australian marathon swimmer Lachlan Hinds reset the bar when he completed the English Channel, Catalina Channel and Manhattan Island Marathon Swim all by the age of 18 (see story here).

But at a time when teenagers are being influenced by and thinking about a lot of other things, the Australian teenager was able to demonstrate that focus and patience are not completely lost among the current generation.

Today, Charlotte Samuels of New Jersey was able to further demonstrate that commitment and dedication to the sport as she set a new record for being the youngest to complete the Triple Crown of Open Water Swimming. 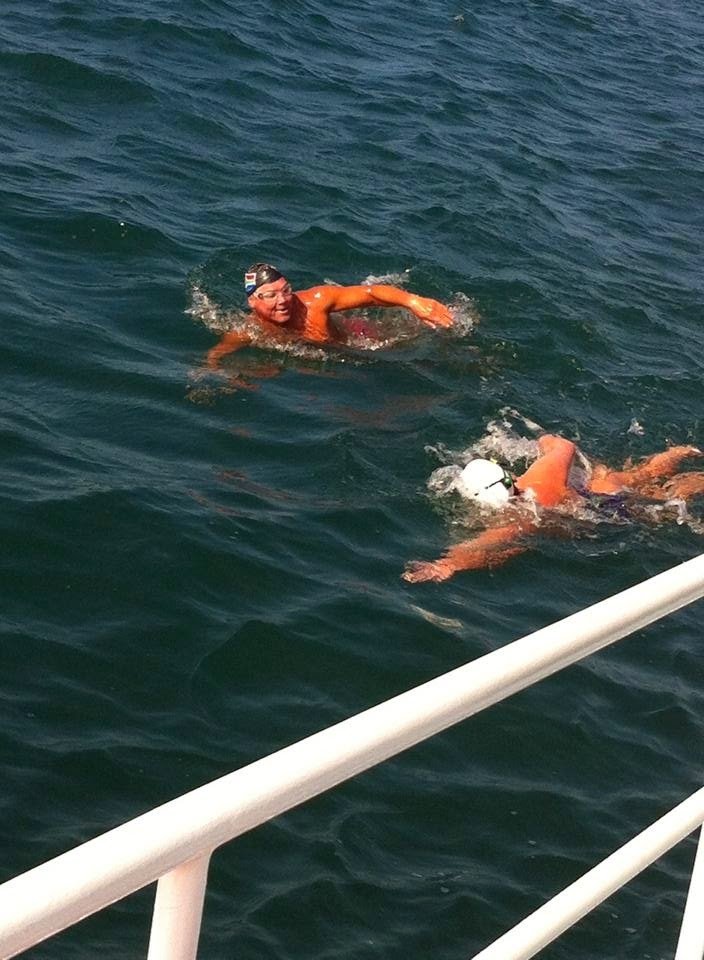 At the age of 16, Samuels completed the 28.5-mile circumnavigation around the Manhattan Island Marathon Swim in June in 9 hours 54 minutes. In August, she completed the 20.2-mile crossing of the Catalina Channel in 20 hours 20 minutes. Today, she became the latest – and youngest – Triple Crowner when she knocked off the English Channel in approximately 20 hours 44 minutes.

Lower photo shows Finch jumping in as her pace swimmer. Finch was on two historic English Channel crossings in less than a week, serving as a crew member on the solo swims of both 73-year-old Dr. Thaning and 16-year-old Samuels.