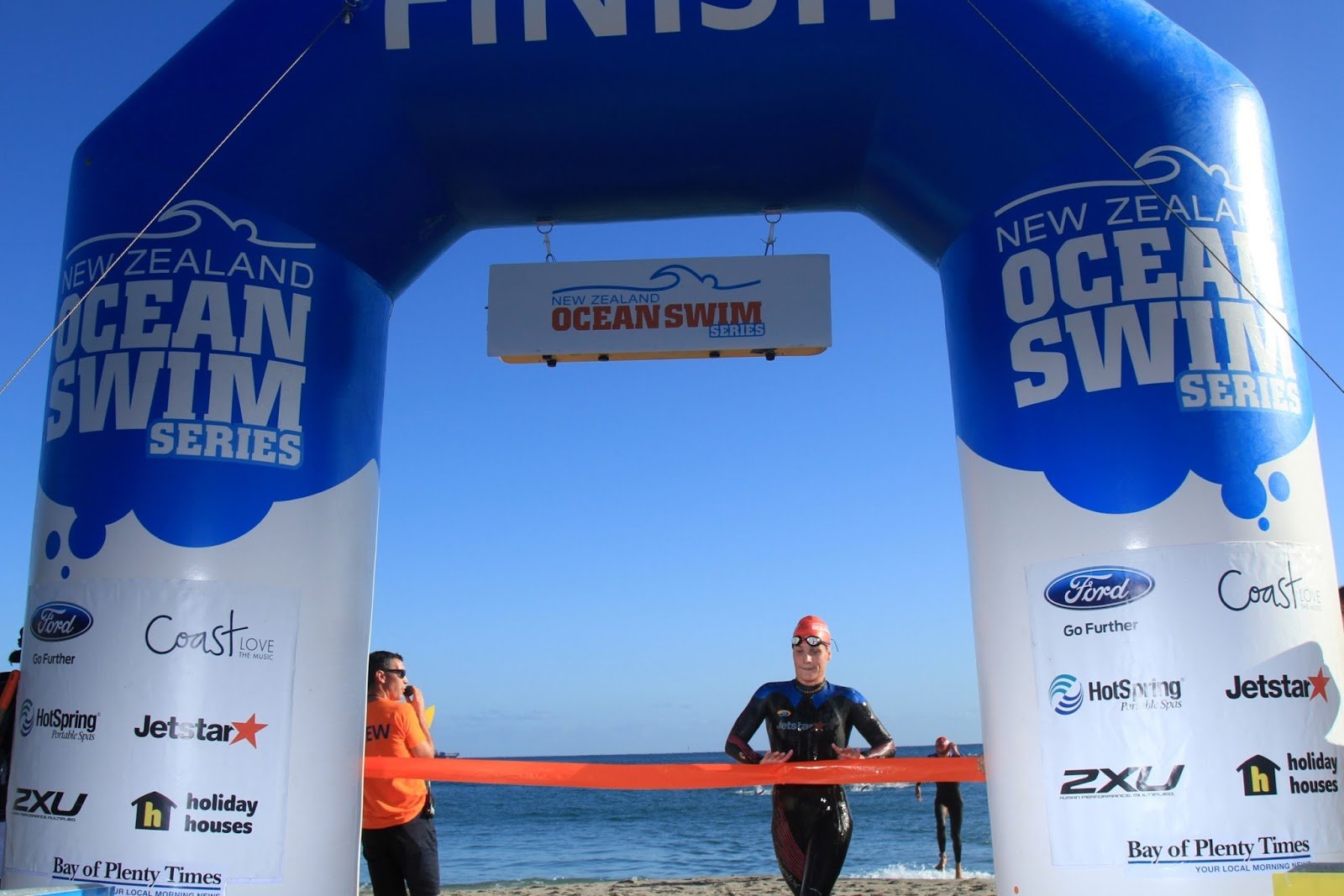 The penultimate round of the New Zealand Ocean Swim Series took place under sunny conditions at Main Beach, Mount Maunganui with over 1,050 athletes flocking to the Mount for the Sand to Surf event.

Scott Rice explains, “Charlotte Webby had her own way the entire race, finishing a minute before her competition. This was not too much of a surprise for this Olympic hopeful, who is travelling to Portugal in June for her final opportunity to qualify for the 2016 Rio Olympic Games in the 10 km marathon swim.”

New Zealand Ocean Swim legend, 85-year-old Sid Salek was on hand to fire the gun at the starting line for the 2.6 km swim. Salek has been part of the series for years and continues to be a role model for swimmers of all ages.

“We continue to be lucky with the weather this series,” said Rice. “It’s great to see so many participants turn out in force for the swim. It was also very special to have Sid on hand to start our 2.6 km race.”

The six newest members in the Jetstar Super Swim Squad – swimmers between 7 and 13 years who win their age group in the OceanKids 200m events from throughout the season – were invited to a training camp in Auckland with top New Zealand swimmers and coaches: Tyler Tapper, Sophie Spencer, Michael Lansdown, Janaye Burns, Henry Scholes, and Renee Carey.

Photos by Cameron Walker shows Charlotte Webby crossing the finish line at the Sand to Surf.