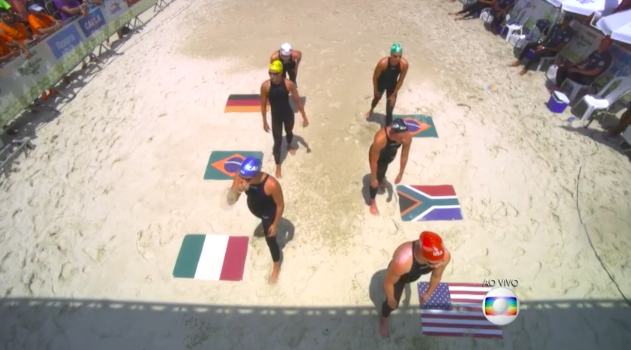 On each of his legs, Peterson had to claw his way around Team Brazil’s Allan do Carmo, but on the final leg, Peterson threw in a fast closing sprint to surprise the field and shock the national Brazilian live television audience.

With Peterson’s sprint, Team USA won both the 1 km grid race on Friday and the 6 km King and Queen of the Sea, upsetting the favored home team of Brazil:

TV Globo coverage of the event is here.