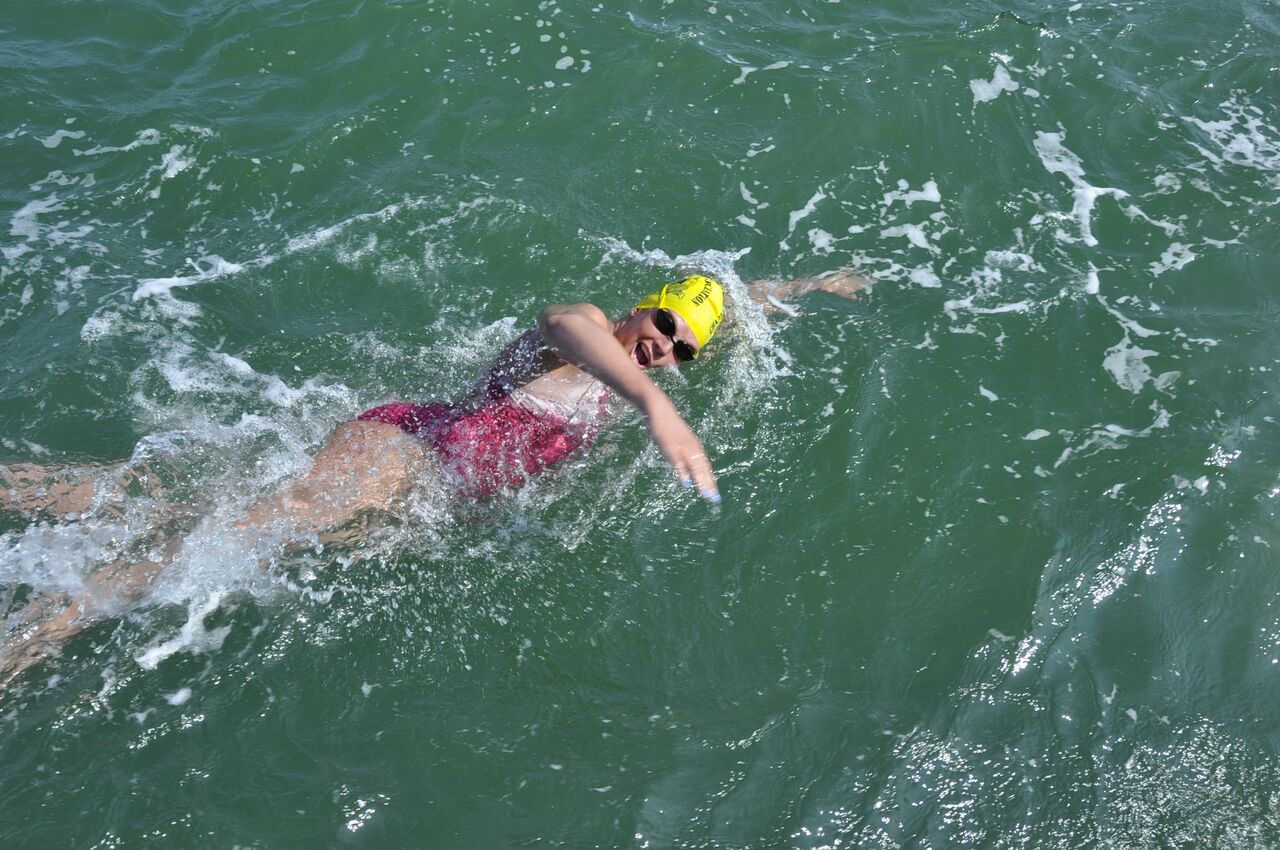 But like her earlier swim in the Bahamas where she spent 6 days in a local hospital to recover, McCardel was triumphant in her pain.

She became only the fourth person* in history to swim three consecutive crossings of the English Channel. Although an English Channel crossing is only 34 km along the straight-line distance, McCardel reportedly swam over 115 km to complete the three-way crossings due to tidal forces.

After her triple crossing today, McCardel said, “This success has been a long time coming, and even after setting the world record in the Bahamas last year, the seas and cold water of the Channel made that final crossing to France the toughest I have experienced.”

She will spend the next few days recovering locally while undertaking medical checks. She will return to Australia as soon as she is cleared by the medical staff for travel.