Chloë McCardel, Swimming From Cuba To Florida In 2013 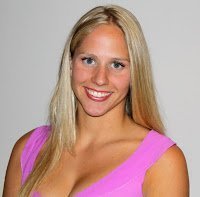 Since 1950, over 20 swimmers from Cuba, the United States and Australia have attempted to swim from Cuba to Florida.

While Susie Maroney crossed the 165 km wide Florida Strait in 1997 in 24 hours with the aid of a shark cage and protective swim gear, Chloë McCardel announced that she will give it a shot in June 2013 without a shark cage.

The 27-year-old who tried three-way crossings of the English Channel the last few years will turn to warmer waters in order to raise much funds for cancer research and support for those with cancer.

“I think my Mum will faint when she hears about this. Seriously, I believe it is a great time of year to make this announcement when so many people are celebrating the New Year and thinking about their own dreams and aspirations for the next 12 months. I really hope I can inspire more people to push their own boundaries or perceived limitations.”

McCardel and her support team have been confidentially planning this swim for over 6 months, keeping it a secret from all those who are not yet directly involved – including her mother.

McCardel has garnered the attention and support of key Cuban officials including Commodore Esrich of the Hemingway International Yacht Club of Cuba.

The six-time English Channel swimmer (including two two-way crossings) and 2010 Manhattan Island Marathon Swim overall champion will only wear a standard, non-protective swimsuit acceptable under English Channel rules on her swim that she expects to take up to 70 hours. Depending on when she starts, she may face either one or two long, painful nights with the highly venomous box jellyfish before she reaches American soil.

The Florida Strait is an absolutely gorgeous stretch of deep royal blue water in the day; its warmth rivals its natural beauty for a swimmer’s attention. But as soon as night comes, the box jellyfish also emerge from the depths. The literally deadly jellyfish are more numerous than the stars that twinkle above the Caribbean Sea. Because the box jellyfish are photo-phobic, they rise at night following their food sources that rise as night falls. Impossible to see, the swimmers have no choice but to run into what is described as the most painful sting in the animal kingdom.

McCardel, with her youth and speed, has the requisite tools to cut across the Gulf Stream that can be as unpredictable as any current around the globe. On any given day and during any given hour, the Gulf Stream can be fast and wide, or it can be slow and narrow. And the massive flow of highly salty water can create giant eddies at its edges that can play havoc with any swimmer of even the fastest speed.

Despite these obstacles ahead of her, not to mention the ever-curious Oceanic White Tip sharks, the Australian is anxiously preparing for one of the most arduous and audacious open water swims on the planet.

June 2013. Cuba to Florida. Havana to Key West. No shark cage, no protective swimwear, all guts.