Chloë McCardel To Explain What Happened 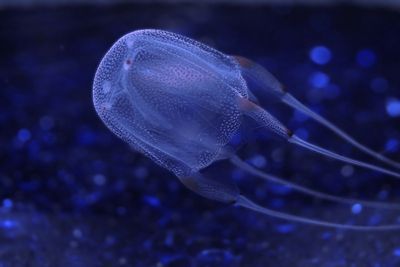 Chloë McCardel and her team, led by husband Paul McQueeney, have safely returned to Key West, Florida after her attempt to swim from Cuba to the US was ended by severe and debilitating jellyfish stings around her neck, arms, back, mouth, and tongue.

As the venom quickly attacked her system, concerns were raised regarding the swelling that affected McCardel’s ability to breathe efficiently. The decision was made to end the attempt.

McQueeney said, “Obviously after so much planning and preparation, it’s disappointing. But Chloe’s safety always is the number one priority, so when the decision had to be made, there was no question that she needed to pull out.”

Today aboard the escort boats Sunluver and Mathilda at the Key West Harbour Yacht Club, McCardel will host a press conference at 2:15 pm local time where she and McQueeney will participate in a question-and-answer session on the dock.

NOTE: McCardel’s explanation at her press conference is here.