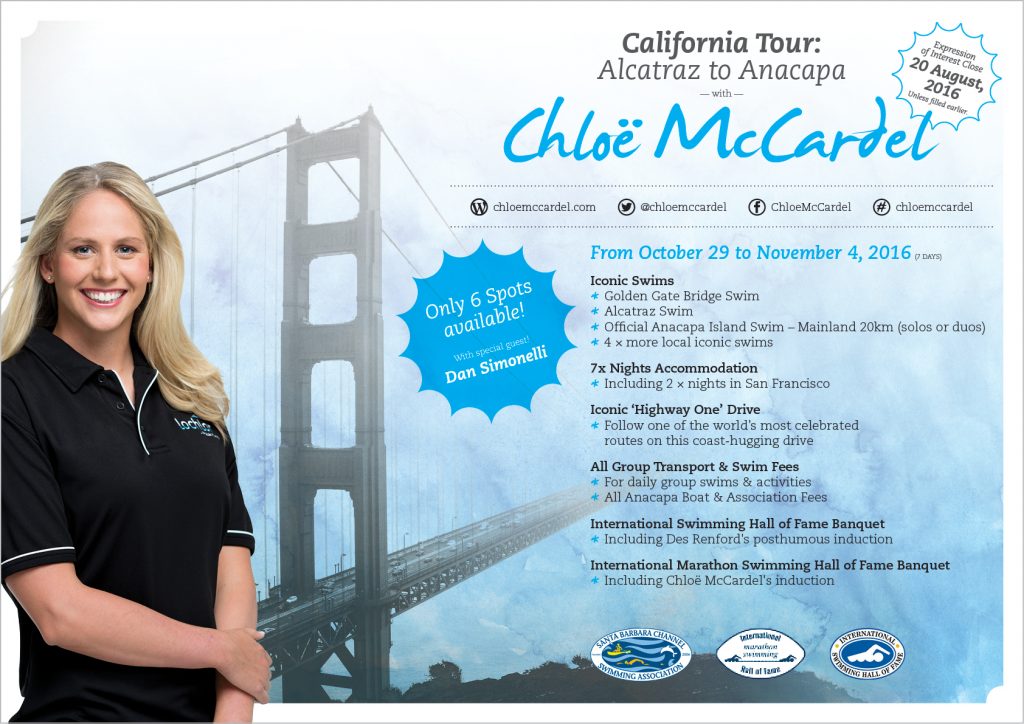 After squeezing in her record-setting eighth crossing of the season in English Channel in 10 hours 29 minutes, Reg Brickell Jr. hustled Chloë McCardel back from France to England with her husband Paul McQueeney. They soon whisked off to the airport in order to catch their next flight to San Francisco, California.

McCardel is heading up a group of swimmers along with Dan Simonelli from October 29th to November 4th in order to do seven swims and then drive southwards along Highway 1 to attend her induction at the International Marathon Swimming Hall of Fame ceremonies in San Pedro.