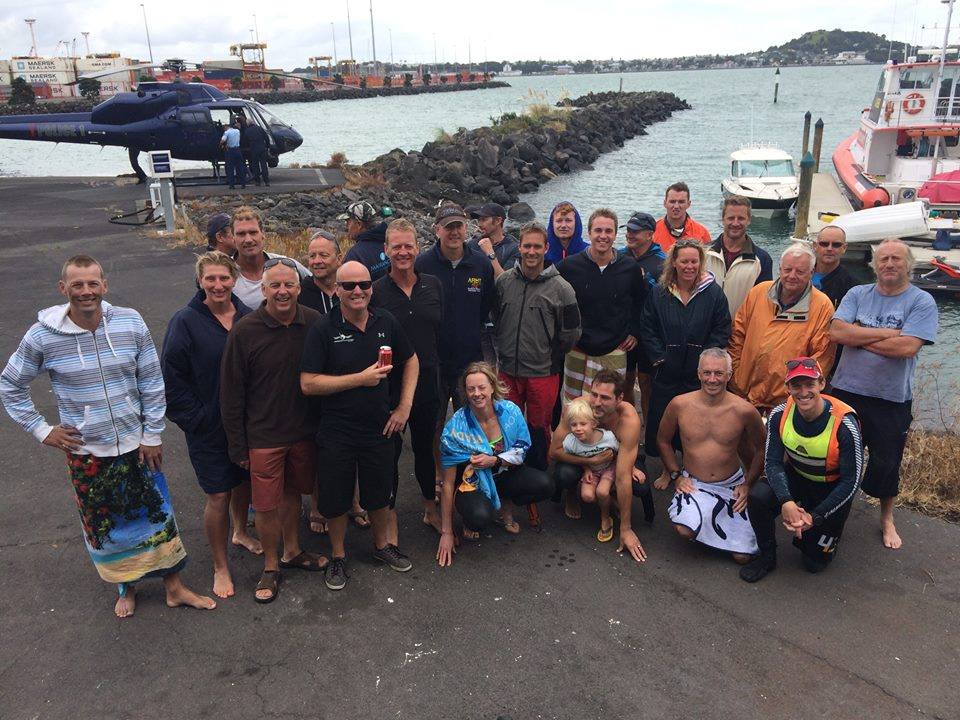 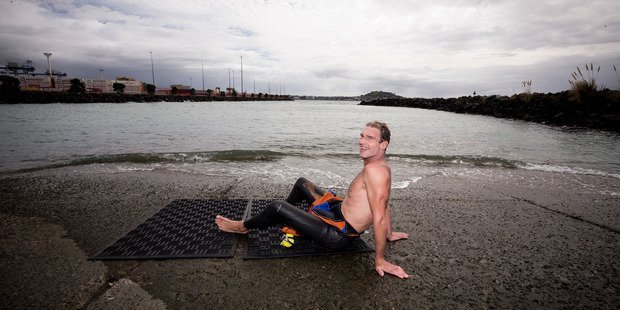 20 km from Matiatia Bay on Waiheke Island to Mechanics Bay in downtown Auckland in New Zealand is not easy.

But neither is picking up sick and injured patients in New Zealand via the Auckland Westpac Rescue Helicopter.

So soloists Michael Buck, Jillian Walker, Mike Cochrane, Olaf Adam, Mark Lenaarts, Axel Wohlfarth, Brent Foster [shown above], and duo swimmers Stuart Whitney and Rosie Sharman, team members Natalie Dobson, Jeroen Went, and Dean Madsen set about to complete the Chopper Sea Challenge in order to raise money in a 20 km (12.4-mile) charity swim from Matiatia Bay on Waiheke Island to Mechanics Bay in downtown Auckland. The swim from Waiheke to Auckland raised over $33,000 for the Auckland Westpac Rescue Helicopter which flew to Waiheke Island to pick up 232 patients during 2015.

“After months of organising, the Chopper Swim Challenge went off without a hitch. A decent easterly generated a choppy swell which along with the tide gave us plenty of assistance over the 20 km course. We slogged it out for between 4 and 5 and a half hours. Our bodies are still a bit tired and sore; however, some crazies are lined up this morning for the King of the Bays swim as well as the Oxfam New Zealand 100 km walk. The 13 of us say a huge thanks to skippers Graeme, Coops, Ben, Jeremy, Roger and Ollie as well as paddlers George, Jamie, Neil, Peter, Lloyd, James, Steve, Peter, Paul and Craig for keeping us safe and thank you to all those who donated to this essential service.”