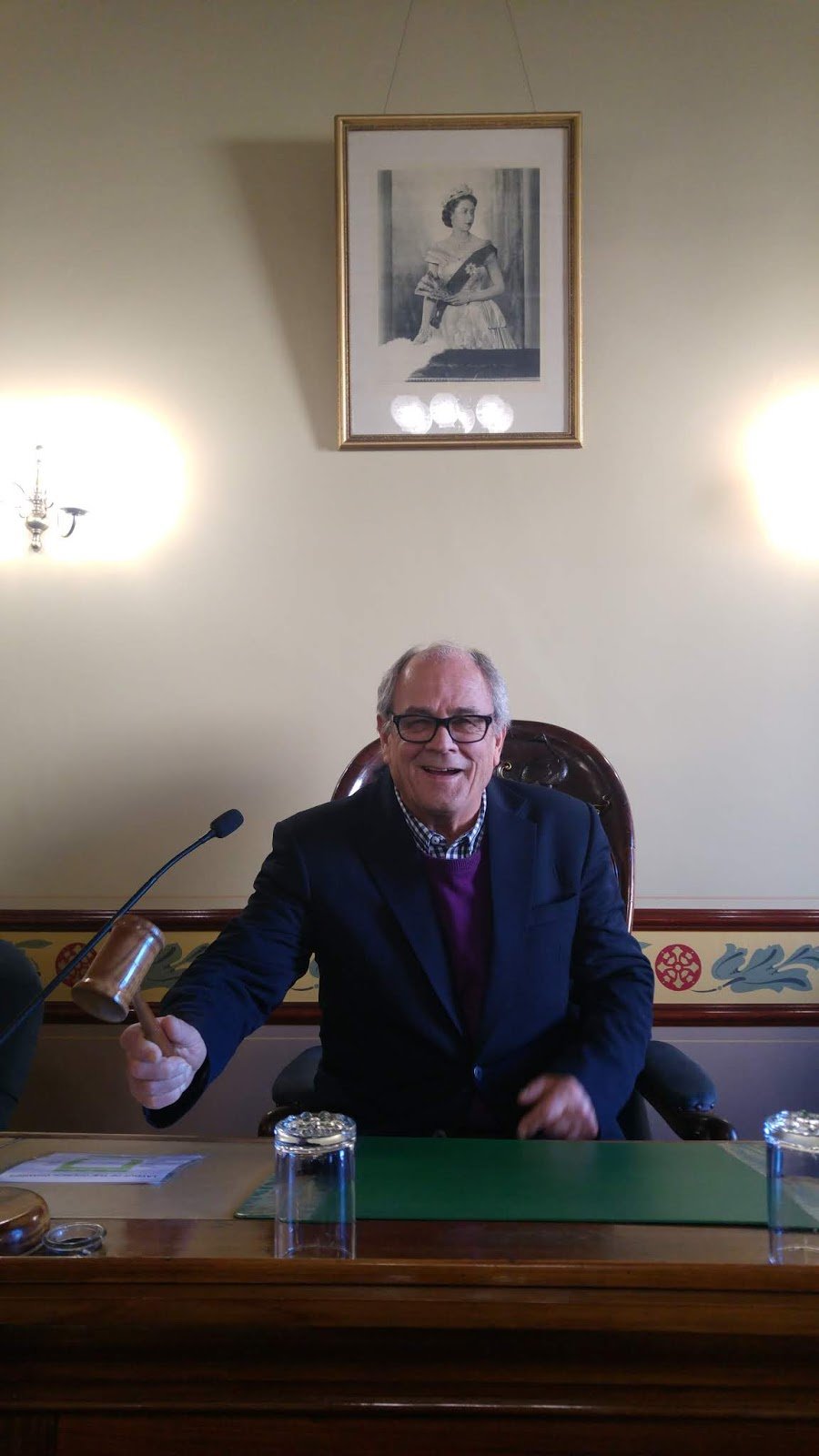 He acknowledged the honor with the following words, “Thank you to the Executive for acknowledging my 8 years with this global organisation. It brings me great pride to follow in the footsteps of Dale Petranech the man who gives his name to this service award.

To those women and men who back in the early 1960’s initiated a foundation and Hall of Fame for marathon swimming, ‘What vision they had’. The history of making our Hall of Fame what it is today is a result of some incredible custodians who led the organization through the good times and the low.

They put in place the key building pillars for strategic success which has continued for over half a century.

This Hall of Fame brand was established to have a strong and powerful presence in the sporting world. Our key to success during my term as Chair of the Executive was that we all rose together as a team.

This, the International Marathon Swimming Hall of Fame, is already one of the most prestigious and respected halls in the sporting world. This has not just evolved. This is as a result of carefully planned and executed strategy.

This International Hall of Fame is under the guardianship of the current Executive Committee. Ned Denison, Melissa Roberts, Beth Yudovin, Richard Broer and Dale. They are masterfully continuing the time-honoured traditions.

They administer the core aim which is to immortalize the life-career achievements of marathon swimmers and contributors. Those who have distinguished themselves to the world in this sport.

Ned and the team are ensuring the Hall keeps up with the challenges that face marathon swimming into the future. I congratulate them for their work and wish them well