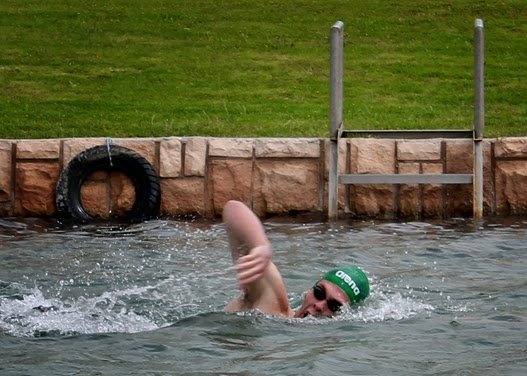 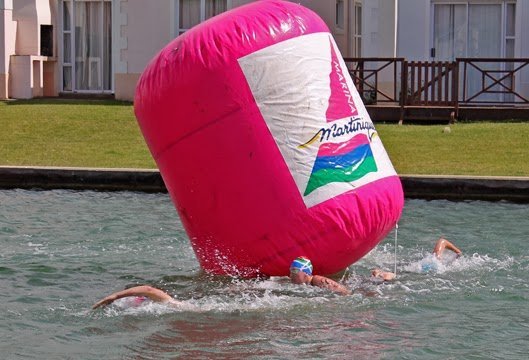 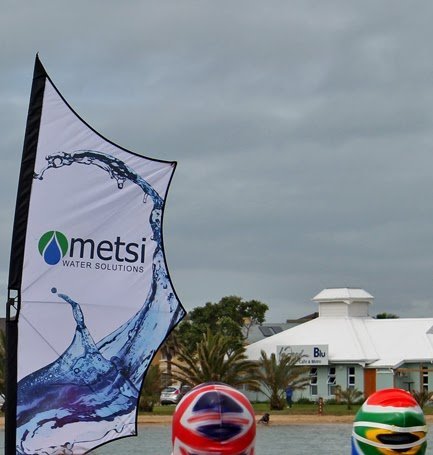 Chris Reid dominated the 5 km swim at Marina Martinique where Round 1 of the Metsi Open Water Swim Series was held in Jeffreys Bay, South Africa back at the end of October.

Sponsor Metsi Water Solutions put up R6,000 in prize money for the 5 km featured race which was a bit of added incentive for the 100+ swimmers to brave the adverse weather conditions.

Reid backed up his win in the 2012 Marina Mile with a solid victory in the 5 km as he continued to rise towards the highest echelons in South African open water swimming circles. “There was quite a bit of surface chop out there but it was a great swim. I am looking forward to Round 2 in November.”

Reid won the race in 1:02:30 over Byron Lockett (1:03:48). Lockett is a former South African national open water squad member on the comeback trail in the longer distance swims. Daniel Jones finished third in 1:04:44.

In the 3 km event, 14 swimmers posted national qualifying times which was won by Jamie-Lee Engelke and Joshua Bellairs respectively while PJ Duffy and Tracy Gous were the first two masters swimmers to finish.

But Duffy was not finished with his day in the canals of Marina Martinique as he also won the 1 km event with Jade Grobbelaar winning the women’s division.

The Van Wyk family capped off a fine weekend of swimming when Roland took silver in the 500m swim and younger brother Christiaan finished the grueling bank-to-bank swim for 8&Under swimmers. The Van Wyk brothers participated together with Noah de Swart and Abriella Bredell and Isattayah Bredell.

Full results can also be found at www.swimmingplus.com. Round 2 results and article can be found here.