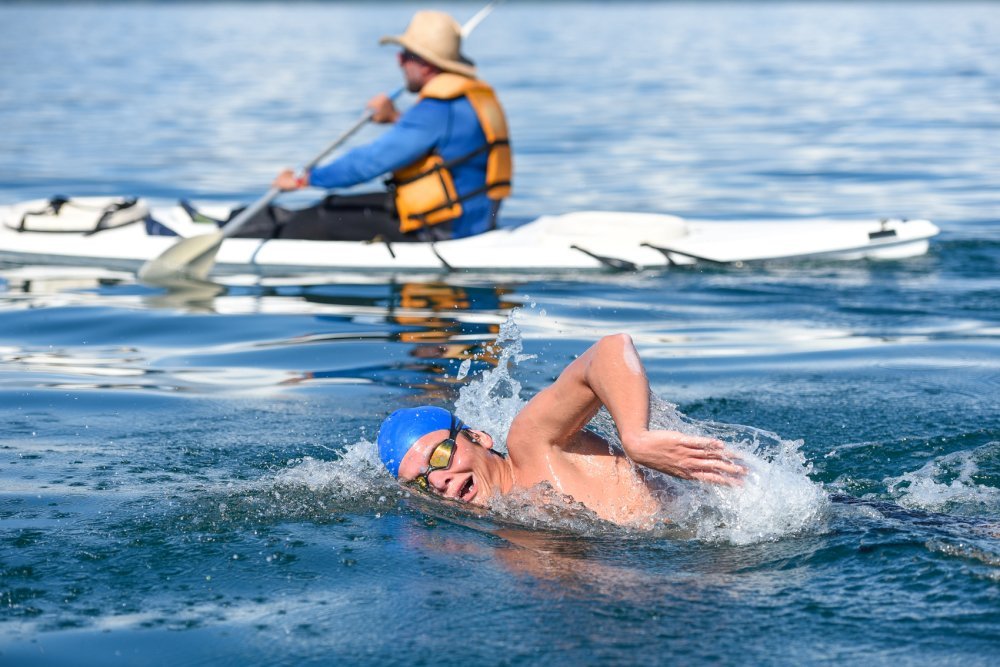 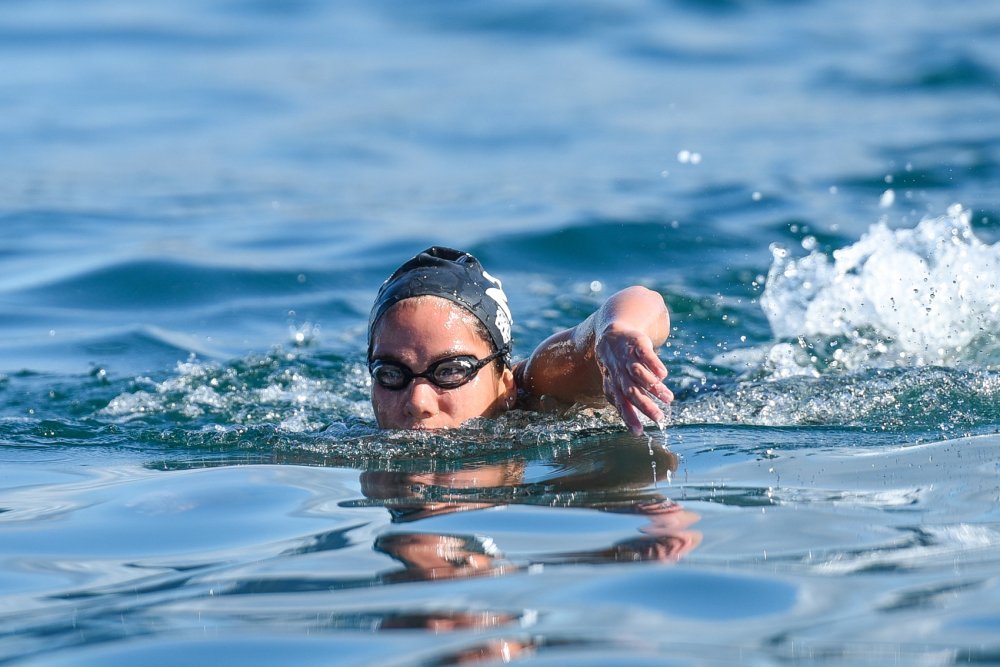 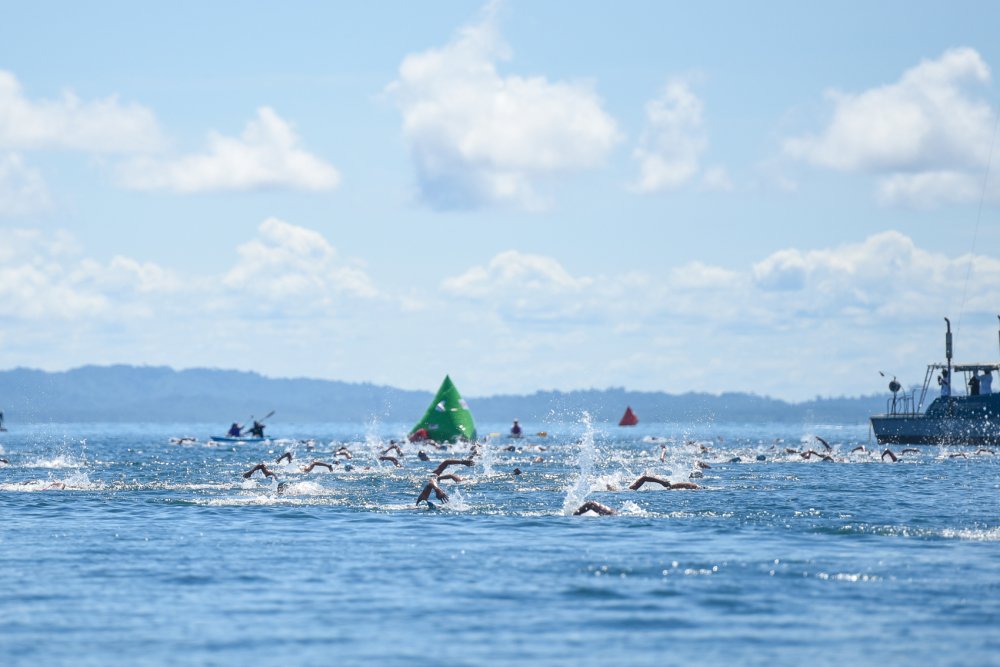 Courtesy of Alberto Font of The Tico Times, Golfo Dulce.

It is few open water swims that start with the cries of macaws. But there are few swims held in such a location as the Golfo Dulce in Costa Rica.

“Look at the way he swims,” said event producers Sergio Sánchez and Pablo Sánchez who saw 29 of the 30 swimmers complete the inaugural race. “His shoulders are completely parallel, exactly the way they should be. It’s perfect form.”

18-year-old Angélica Astorga of Cartago finished second in 3 hours 12 minutes, less than 24 hours after winning the 5 km race in the event. “Getting stung by jellyfish in my legs, chest, and face through the first few kilometers was the hardest part mentally. I was thinking I can’t put up with this the whole way when getting stung like this. But luckily it was just the beginning and afterwards it went back to being calm.”

Proceeds from the event went towards a program that teaches English to local school children so they can boost their chances of getting jobs in tourism. “Through the sport, we’re encouraging local and international tourism and we’re able to positively impact the place in terms of the environment, the economy, and the culture,” Sánchez explained. “It makes the community happy and motivates them to keep things clean and sustainable.”

Bernini explained that the event which requires a 6-hour drive from San José, the capital of Costa Rica, was held in September when it’s whale season. Golfo Dulce includes a large number of fish and lined with crocodile-filled mangroves.