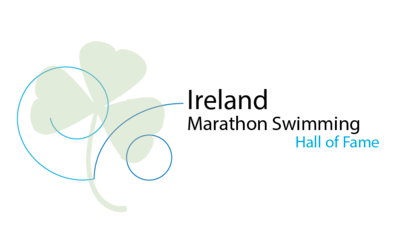 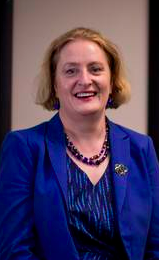 The objective of the Hall of Fame – Marathon Swimming Ireland is to recognize and honor leading marathon swimmers and contributors to the sport in Ireland.

Fitzgerald says, “Eligibility into the Hall of Fame – Marathon Swimming Ireland requires that all swimmers and contributors must either be Irish citizens, regardless of domicile, or have lived in Ireland for the years of meritorious involvement in the sport.

“For swimmers, their record of solo swims of 10 km of more in natural open water is considered. The rules and costume regulations in place by the local accreditation bodies must be met. For famous marathon swims this mean togs. However, some elite swims like FINA races allow or require wetsuits. For new and innovative marathon swims other rules and costume regulations will be noted and allowed on nominations. Relay swims will not be considered.

For contributors, this can include administrators, coaches, crew, media, organizations, pilots, sponsors, volunteers, etc. The key consideration is making a real contribution and difference to the sport.

Nominations are typically in the form of a single sheet outlining their accomplishments and contributions in a style like the Class of 2018 biographies together with their contact details. Individuals can be nominated for several categories. A nomination is not intended to be made public, is not considered as an honour from the Hall of Fame – Marathon Swimming Ireland, and lobbying for selection will discourage voters

Nominations for the Class of 2020 should sent via email to either [email protected] or [email protected] Kieran Fitzgerald and Eilís Burns will review the nomination for factual content as eligibility is dependent upon swims and contributions which are recognized by the community and are not actively contested.

“There are more than 1,000 marathon swimmers who met the citizenship and resident eligibility criteria,” says Fitzgerald. “There are more than 100 English Channel solo swimmers. For contributors, there were also more than 1,000 who filled roles as administrators, coaches, crew, media, organisations, pilots, sponsors, volunteers, etc. While anyone can nominate a swimmer or contributor, please note the numbers above and the emphasis that The Hall of Fame – Marathon Swimming Ireland will honour only only a small number.”

Fitzgerald explained how voting is conducted. “All living honorees will be given a vote – which generally will be annually. All accepted nominations will be placed on the next ballot and remain active for up to five years if there is reasonable support by the voters each year. The Hall of Fame – Marathon Swimming Ireland may opt to add to the nomination where additional marathons or contributions take place. No discussion or feedback will be provided by any voter on the selection process – so nominators/nominees should not inquire.

The future inductees – or family if they are no long living – will be contacted privately to ensure that they accept the honor and to further fact check and update their biographies and obtain photos.

A website section on openwaterpedia and ILDSA website maintains the records Additionally, the new inductees will be honored at an awards ceremony in Belfast in February

Gráinne Moss (née Gunn): Honour Swimmer [shown above]
Gráinne Moss (née Gunn) was selected to represent Ireland at the inaugural World Cup Long Distance Swimming Championships in 1986 at the age of 16. This was a pivotal event in the history of marathon swimming as the first 25 km held under the auspices of FINA. Gráinne finished 9th behind leading swimmers including Bridget Young, an International Marathon Swimming Hall of Famer.

Gráinne became the first Irish female to swim the English Channel completing the crossing in 11 hours 52 minutes in 1987 and in 2001 became the first swimmer from Ireland to complete a 26 km crossing of the Cook Strait in New Zealand.

She has also given back to the sport. In 2000, Gráinne swam seven lakes in New Zealand in 7 days raising awareness and funds for water safety and continues to mentor other marathon swimmers. Swims in two of the lakes were of marathon distance: 11.5 km in Lake Tarawera 11.5 km and 10 km in Lake Rotorua.